Whoosh - looks like we can take the report of upgrades to the already impressive Galaxy S II and the upcoming Tab 8.9 from the rumor bucket and place it carefully on top of the confirmed stack. In fact, the rumor was not only spot-on regarding everything Samsung just officially announced, it even had more information that Samsung didn't cover, which means some details will keep the rumor tag until we find out more. 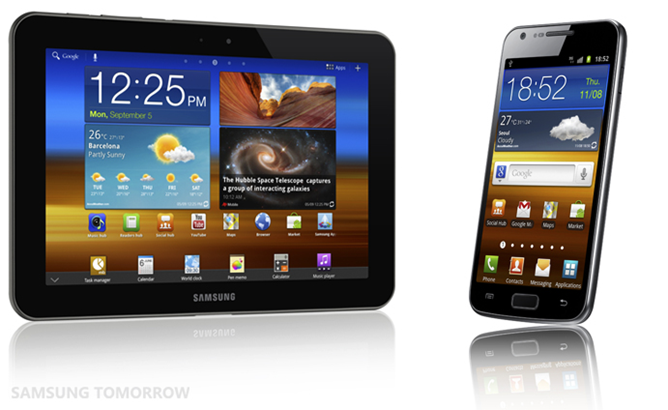 First up, the Galaxy S II LTE (hilariously misspelled as LITE in the official blog post in one place - it's anything but lite) is not only gaining an LTE radio, it's indeed getting bumped from 1.2GHz to 1.5GHz - still dual-core, of course.

The camera and OS specs remain the same - 8MP and Android 2.3, and, unfortunately, there is no official confirmation on the rumored NFC and the beefier battery at this time.

If this is not the most powerful phone on the planet, at least until the Nexus Prime is here, then I don't know what is (but feel free to tell me).

The Galaxy Tab 8.9 news is pretty boring, actually. All we now know is that an LTE variant will also be released. However, there is no confirmation that the new LTE device will be 1.5GHz, or what other upgrades we can expect. Both Engadget and our previous rumor indicate the speed boost is indeed there, but I can't seem to find it anywhere in the information Samsung released.

Now the question of the day (month? Year?) is: will the U.S. variants of the Galaxy S II sport these updated specs (sans LTE for Sprint and T-Mobile, obviously)?

If the new models indeed have NFC, the FCC report of an AT&T Galaxy S II with NFC onboard from July immediately jumps to mind. And then there's the 4.5" Samsung Hercules for T-Mobile and Samsung's slogan for the U.S. launch being "It's Big In America"... you see where I'm going with this?