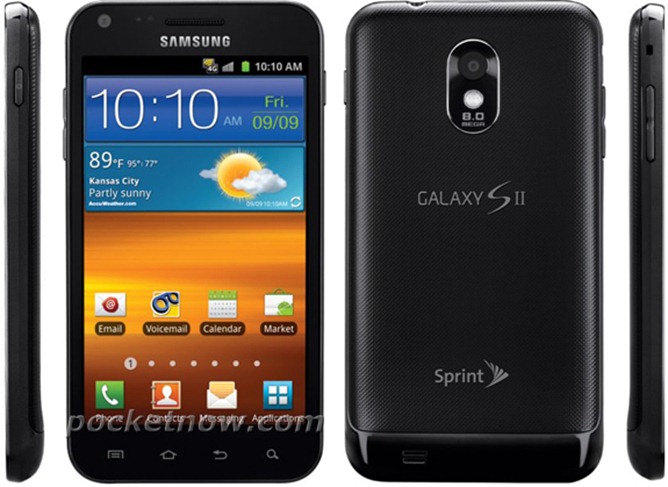 This is, of course, the Epic Touch 4G - Sprint's version of the device. It looks like Big Yellow has done thankfully little tweaking of the GSII: unlike most modern smartphones, there's no logo on the front of the device, and the handset appears to be just as svelte as its European counterpart.

Now if only TouchWiz UI were optional...

The Winner Of The 404 Page Design Contest And The Owner Of A Brand New T-Mobile G2x Is...