Following the release of the Thrive in July, Toshiba is now rumored to be working on a tablet that could compete with Samsung's Galaxy Tab 10.1 by coupling a sleek, thin design with a large screen and Android Honeycomb while adding a handful of useful ports that the Tab 10.1 lacks.

Earlier today, an Italian tech blog Notebook Italia brought to light some renders of the alleged tablet killer (their words, not ours) that show a very attractive device featuring a profile as sleek as the Galaxy Tab, but with a microUSB port, microHDMI port, and a microSD slot, along with an interesting grooved frame and a slim black bezel around the 10.1" screen. 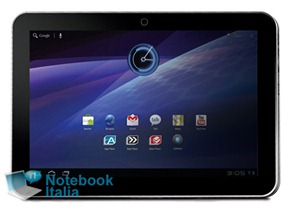 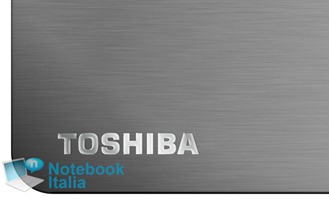 Little else is known about this gorgeous device, except that it may be revealed in Berlin this September at IFA 2011. Since we have no way to verify the validity of Notebook Italia's claims right now, we'll slap a big fat Rumor tag on this one (while secretly hoping it's the real deal!).

Check out Notebook Italia for the full scoop.

Thanks to Lau for the tip!