Yesterday we highlighted a deal with VZW's first LTE phone, the HTC ThunderBolt. If the TBolt isn't your cup of tea, then Amazon Wireless has come through with yet another amazing deal on an LTE phone: the Samsung Droid Charge.

The Charge is still the only Droid branded phone infused with 4G LTE, and now you can get it for basically nothing when you sign up for new service with Big Red. 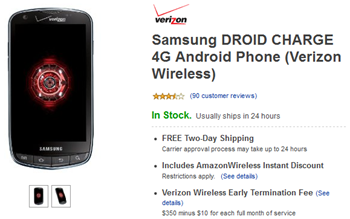 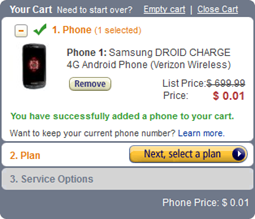 So, if this is the Droid you've been looking for (is that phrase played out yet?) then hit the link below to head over to Amazon Wireless and take advantage of this deal!

Gameloft Announces New Subscription Service In The UK, Lets You Get One Game Per Week For £0.99 ...