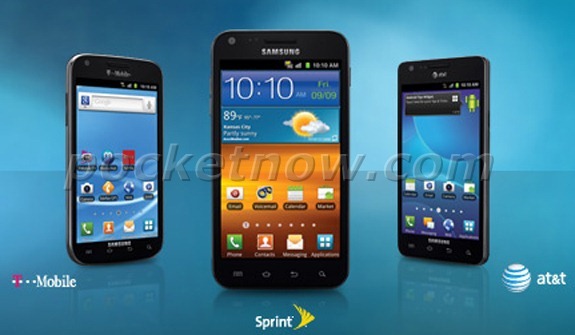 Where the image is from, we're not sure (pocketnow provided no details), but it could very well be a slide from Samsung's upcoming press conference to announce the arrival of the first US-friendly Galaxy S II phones. But where it's from, frankly, isn't all that important, right?

If you look closely, it appears all of them are "4G" - meaning WiMAX on the Sprint model and HSPA+ on its T-Mobile and AT&T cousins. It's no LTE, but as carriers continue to expand and improve their sort-of-4G networks, having a device which can access those networks has become a lot more useful in the last year.

What do you guys think - which model is best-looking? All of them seem relatively similar, but I'm liking the lines on the AT&T version.