The second clue surfaced in Samsung's own "It'll be Big in America" video yesterday, though it went unnoticed for most of the day until two of our eagle-eyed readers - Samdroid and Scott Gustas - brought it to our attention. Take a look at one of the last frames in the video announcing the S2 for the U.S.: 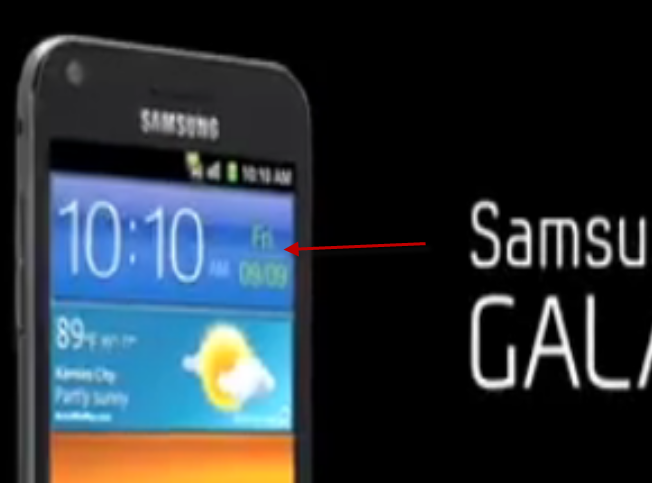 See anything curious? If "Friday, 09/09," which matches September 9th perfectly, isn't a hint pointing to the release, then, well... I will lose a huge bet against myself.

Independently confirming our Sprint source from the 1st clue, SprintFeed received a similar bit of info from their own sources also mentioning September 9th. The source went even further to state that Sprint would be the first carrier of the big four to launch the S II. Since their report arrived before Samsung's video in the 2nd clue, it looks to be spot on.

We should hopefully have some more solid information in the next few days regarding the release, but if Samsung and all the carriers somehow manage to remain mum, we should have official confirmations coming out August 29th from Samsung's NYC event.

Millennial Media: Android Accounts For 61% Of All Smartphones, A 15% Growth Month-Over-Month