Prey Anti-Theft is an open source cross-platform app focused on helping you monitor and locate your lost or stolen device that offers a very unique set of features among its competitors, and implements those features in an even more unique manner. One very important note about Prey is that it offers support for all your devices - not just Android, but Windows, Mac, and Blackberry as well. This makes it a very apt solution to protecting all your devices. Prey also offers trial functionality that allows the budget-conscious user to use just about everything it has to offer, but allows a limited number of "reports" and supported devices (more on reports later). For a fee ranging anywhere between $5 and $400, users can add up to 500 devices, and receive up to 100 reports.

As you may have figured out, Prey operates on a system of "reports." These are timed collections of data from a missing device such as location, network information, etc. The reports are available to view in the online control panel, and email notifications are generated at the same time as a report is created. The free account offers up to ten reports for a maximum of three devices.

Prey's app for Android is somewhat standard, installing in just a few seconds (albeit requiring an email confirmation). 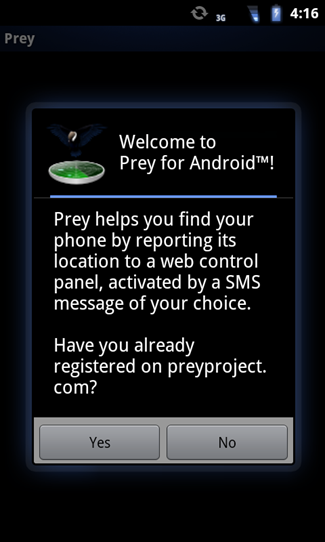 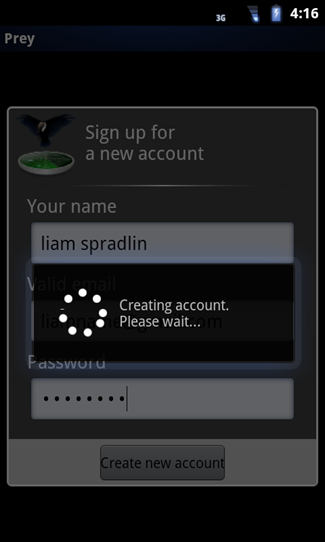 Setting up your device(s) online to be tracked is also a breeze. They will automatically appear once you log into the app from the device itself. The online interface is sleek and fun, with controls for each of the features reminiscent of the iPhone's setting toggles. Once you choose a device to manage, all the options are right in front of you in one large control panel. 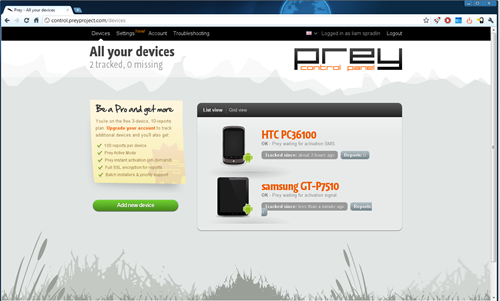 Prey's mobile app has some notable features that set it apart from others, most notably SMS de/activation, Active SIM detection, and Execution Control. We'll take a look at the mobile and web features separately. 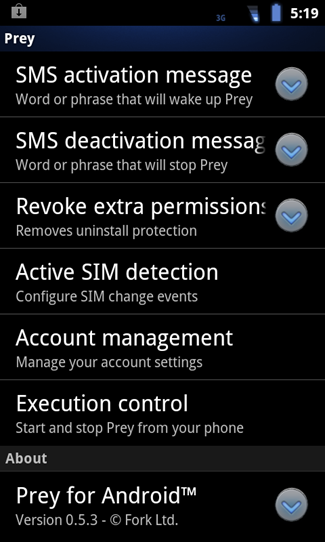 First up is SMS activation/deactivation control. This setting determines what key phrases will start or stop Prey's service from running when sent via SMS to your device. This is an interesting feature because while it isn't full SMS remote control, it at least ensures that your device can be reached if data is turned off, meaning not all is lost. 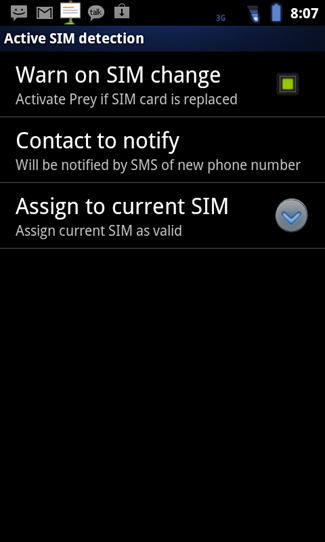 Next, the user can set Prey to notify a separate phone number when your device's SIM card is changed. This is a fairly standard function, although many apps send SIM alerts to your email. A nice addition to this feature is Prey's setting to "warn on SIM change." This will warn the person using your device that the new SIM is not valid.

Execution Control is a way to manually activate and deactivate Prey from your device. This feature seems a little counter-intuitive, considering that if you are in possession of your device, you probably would not want to mark it as missing.

Something nice about the mobile app is that it is password protected, using the same password that is needed to log in to the web controls, meaning it's not easy to uninstall (unless a thief thinks to wipe your phone).

The online interface for Prey can be confusing at first if you're not familiar with the system of reports set in place. 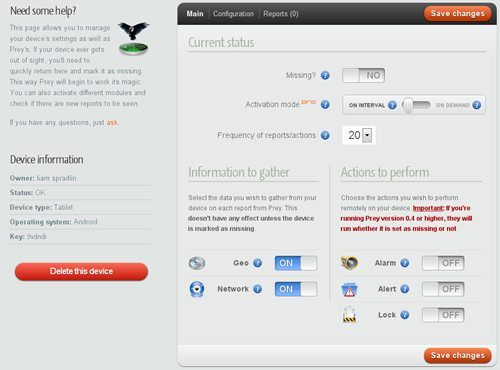 First, the control panel has an option to tell Prey that your device is missing. This triggers a friendly email wishing you luck in finding your device, and an assurance that reports will start rolling in as you have specified. The next option dictates when reports come in, either on a set interval or on demand. However, the "on demand" feature is for pro users only. Next, the user can select the frequency of reports, with options ranging from 10 to 40 minutes. The Pro account adds additional features here, too, as you can set the check frequency down to as little as two minutes.

The real functionality comes in below the "Current Status" controls however. In the "Information to Gather" pane, you can select to receive reports of location and network information [including carrier, Wi-Fi networks (if applicable) etc.]. These controls, however, are only triggered to come in the form of a report if the device is detected as changing position. Testing the app from my home I was unable to get a report, but a quick glance at the FAQ indicated why. 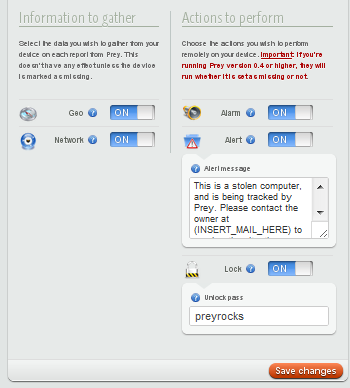 The "Actions to Perform" pane gives you the standard options of a full-volume alarm, an "alert" - which is a standard popup message on the device - and a lock function which locks the screen and makes it unlockable only using an alphanumeric code of your choosing. I was not impressed by the speed at which these actions took effect, but they were prompt enough. The option to set an unlock password containing letters, numbers, and some symbols was impressive and feels more secure than a simple numeric PIN. 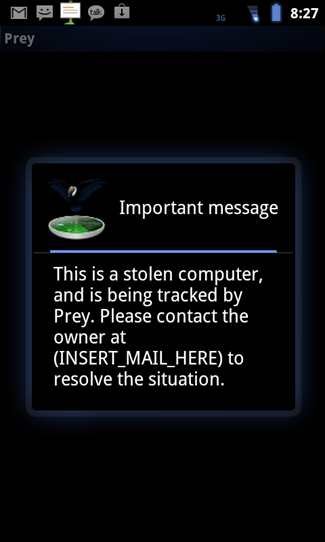 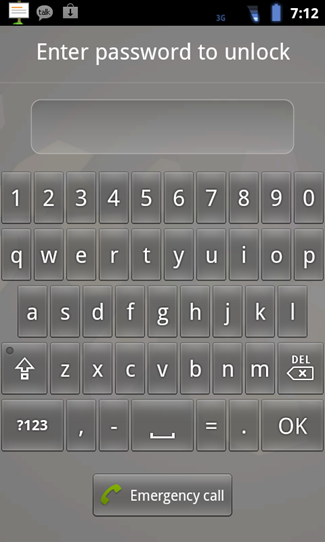 If you’re looking for even more functionality, a Pro account may be for you. Prey offers Pro accounts which include on-demand reports, solutions to deploy the app to multiple devices over a network, and support for many more devices and reports for each.

Prey is an innovative security app in terms of the way it functions, but it may not quite measure up to others in terms of the number/functionality of features it provides.

Overall I would  say Prey is worth a look if you're interested in the most basic protection for your Android devices, and like the sound of the report-based data collection system. Personally I think that Prey makes a lot more sense for corporate use or with laptops or other devices that are more likely to be connected to the internet frequently, but either way Prey is worth watching for future progress, even if you don't choose it as your ultimate security solution.