After my exploration of the Transformer was complete, I noted 2 annoyances - the absence of the dedicated app switcher key on the dock, which was conveniently present on the Samsung keyboard dock I tested earlier this month, and the absence of the familiar scrolling area on the touchpad that I got so used to on my laptop. I discovered a solution to the first problem shortly after, which we described earlier, but the scrolling situation took another few days to get sorted out.

As it turns out, the keyboard dock's touchpad actually supports multitouch, and the Honeycomb version of the OS on the Transformer supports two-finger gestures. Therefore, the following operations are possible by just placing two fingers on the touchpad simultaneously and dragging them around - yup, kind of like on a Macbook, except limited to only 2 fingers:

Finally, I could scroll down in the browser without touching the screen or looking for the sidebar. I could also swipe between home screens and, as I mentioned, the familiar pinch-to-zoom action allowed for some easy zooming in and out.

I'm not sure which version of Android introduced 2-finger touch, but it was likely 3.1 or 3.2, as in my research I discovered that the feature wasn't present in the dock's touchpad only a few months ago.

In conclusion, I'd like to show you what happens to the mouse pointer when you use two fingers - on the top left screenshot, the single mouse pointer sits on the screen all lonely, but on the right and bottom, it splits into two to show your finger position. 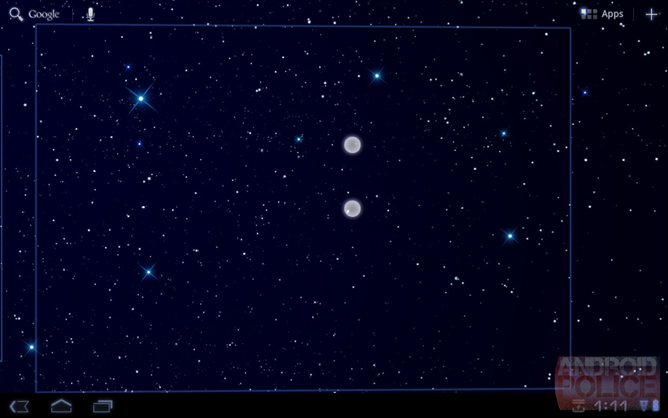