Earlier this week, the OTA update to Android 2.3.4 finally began rolling out to HTC Sensations around Europe. Our unit received the update yesterday, and quite by accident we discovered that - besides being able to make voice/video calls in GTalk - we also had a new ability to take screenshots untethered from a computer.

Those of you familiar with the standard method of taking screenshots through the Android SDK know how convoluted the process can be: hunting for drivers, enabling debugging, living down those notification-bar icons ... all a fairly time consuming process. Not to mention you have to be at a computer. 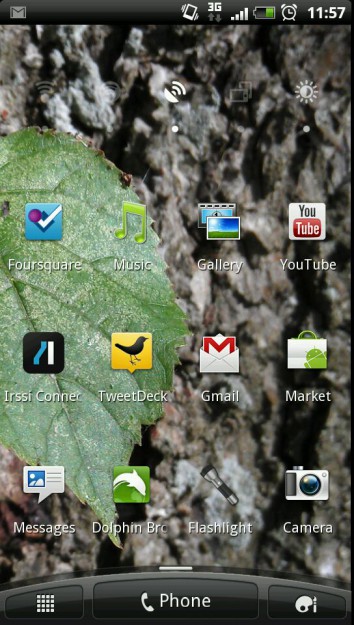 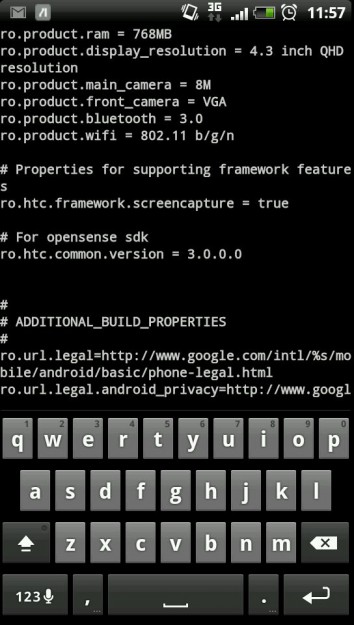 Thankfully this update makes things much more convenient. All you have to do is simply hold the Power button and tap the Home key. Your screen should flash and a toaster notification will inform you that the image has been saved to your camera (DCIM) folder. The screenshot will appear in "Camera shots" in Gallery; perhaps not the most logical of locations, but easily found. Another oddity is that the images taken do not match the native resolution of the screen, being four pixels wider at 960 x 544. Either way, this is a nice new feature for Sensation owners, and should make sharing cool new applications and embarrassing text messages that much easier.

Sadly there is no sign of an update for the Sensation 4G in the USA, but hopefully this European release will put pressure on T-Mobile to hurry things along.

Update: The EVO 3D update from this morning introduces the same feature.

PS: For those of you keeping track of such things, the line ro.htc.framework.screencapture = false has been changed to true in /system/build.prop. There is a mod thread in the HTC Evo 3D forum on XDA-Developers in regards to enabling this on non-updated phones.

And The Three Winners Of The Android Police Book Giveaway #7 Are...