Next in line for our Mobile Security App Shootout is SeekDroid, an app that has no problem standing out in the crowded security app arena thanks to its sleek interface, smooth functionality, and manageable price tag; not to mention the adorable James Bond - style Android on the splash screen.

From the moment I saw the icon for GTMedia’s SeekDroid app, I suspected I had a winner on my hands -- and I haven’t been let down so far. The application itself is centered totally around helping find your lost or stolen device, so it won’t get you out of the woods if your handset is infected with malware.

The app sets up in seconds and has all of the phone-side options readily available once you're logged in. I was highly impressed by the web end of SeekDroid, which looks incredibly polished and functions flawlessly. 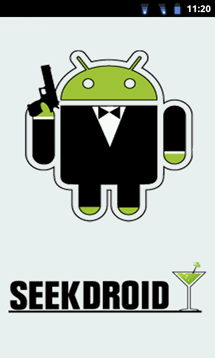 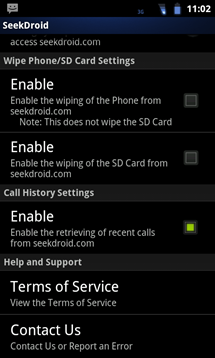 Immediately upon signing in to SeekDroid's web interface I was greeted by the slick dashboard, which conveniently has a full Google maps experience waiting to pinpoint your device's location. The controls are listed immediately to the right, divided into "menu" and "advanced" for reasons which are not immediately apparent. Reports gathered by the online controls are displayed in minimalist dialog boxes, so there is no waiting for an email to arrive showing your handset's status or location. 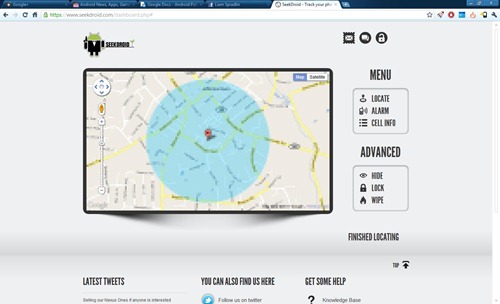 The "menu" portion of the control panel features three simple components: Locate, Alarm, and Cell Info. I was pleased by how snappy the response was for each of these, and the status message below the menu itself assured me that things were going according to plan. The locate function, once pressed, refreshes the map to show your device's location. If GPS is enabled on the device, it will be accurate right up to the address, otherwise it is still pretty close to spot-on. The Google Maps frame located squarely in the center of the screen allows you to use many popular Maps features, like zooming and street view, making it even easier to pinpoint exactly where your device has wandered off to.

The Alarm function enables a full-volume alarm on the phone, which has to be manually turned off by whoever is around, which also forces them to see a custom message selected by the user. 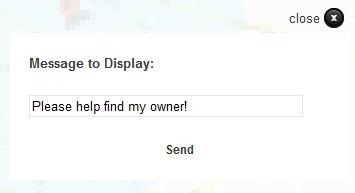 The Cell Info button follows the lead of the other features in giving you what you expect, and then some. It brings up a handy report, not only of the device’s active phone number, but the IMEI/MEID information and last 10 calls (made, received, and even missed calls included). 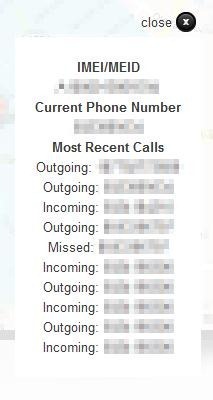 The Advanced grouping includes Hide, Lock, and Wipe buttons which are fairly self-explanatory and just as easy to use as the rest of the options in the dashboard. The Hide button tells your device to stop showing the SeekDroid icon in the launcher tray, which requires a reboot to accomplish; “unhiding” the icon is as easy as pressing the same button again.

The Lock function is the one place where SeekDroid performed inconsistently. Initially upon setting a lock code and pressing “lock,” my Evo’s screen would shut off, but if I switched it on quickly, no PIN would be required. After several tries I finally got the lock feature to work, but the initial hiccup leaves me less than comfortable about this function’s reliability. 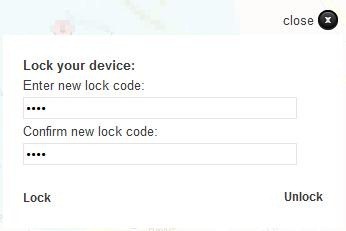 The Wipe feature is pretty cut-and-dry. Click the button, confirm, and all of your device's user data will vanish without trace. From the phone application, the user can choose whether the wipe button will clear internal user data, the SD card, or both.

Overall, SeekDroid is a pretty simple operation. But simple as it may be, GTMedia has made sure that all of its features are executed in style and brought together for a very pleasant user experience. The app is not without it's faults however, so let's have a look at the good and bad points of choosing SeekDroid as your main security solution.

While SeekDroid has a handful of flaws feature-wise, it does what the developers claim it will do, and does it well. The app has a crisp, polished user experience that could make dealing with a lost phone slightly more pleasant than one might imagine, but I would be much more enthusiastic about the purchase if the issues above were addressed.

For those not willing to pay $0.99 for an app like SeekDroid just yet, GTMedia also offers a free lite version, which includes only the GPS functionality of its one-dollar counterpart. 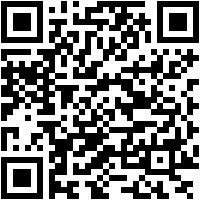