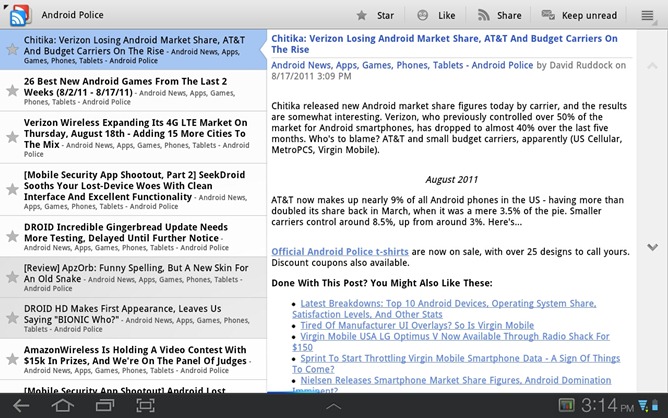 Having said that, I will definitely keep Reader around, as it is still a nice looking app with an incredibly usable interface.

And The Three Winners Of The Android Police Book Giveaway #7 Are...