Motorola is apparently hard at work on another high-end handset known as the DROID HD - and boy, is it a good-looking piece of kit. Just take a look: 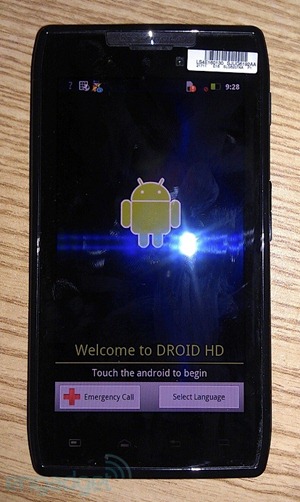 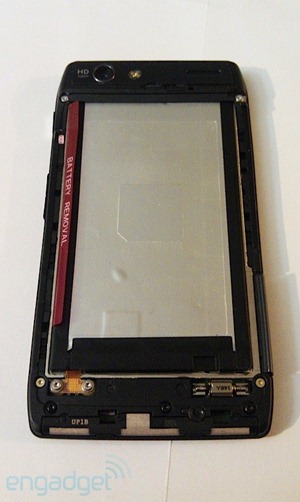 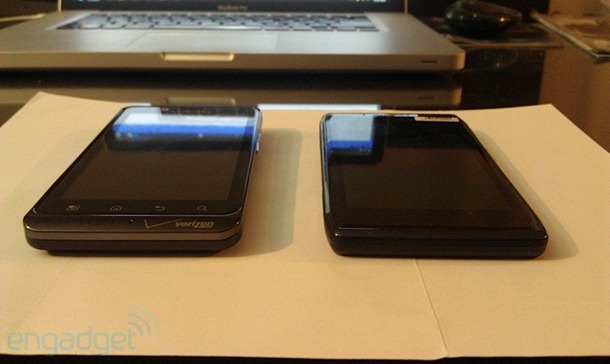 The DROID HD appears to be what the DROID X2 should have been - namely, much better in every respect. While it may have a qHD display (not confirmed - just presumed), in almost every other conceivable way, the HD looks like the Moto handset to have. The elephant in the room of course is the BIONIC, Motorola's upcoming dual-core monster 4G LTE device, which will likely sit at a significantly higher price tier than the HD. But there's just one thing about the HD that we like a lot better than the beastly BIONIC - its size. 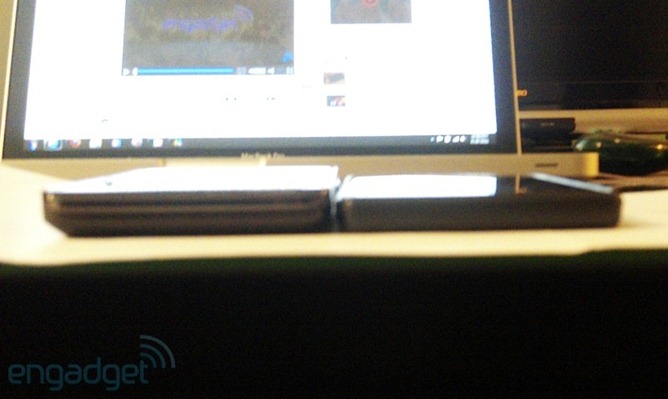 DROID HD and BIONIC - side by side.

This phone is Galaxy S II slim. The display is 4.5 inches, and there are side-loading SIM and microSD slots. There's also a mini-HDMI port, microUSB, a 1080p video 8MP rear camera, and a front-facing camera. Some have speculated the SIM slot could be for 4G LTE, but this seems unlikely. That SIM slot is probably for locking in your GSM data connectivity while on international adventures, not for achieving blistering 4G-goodness. Why?

There'd be no sense in Motorola launching a phone any time soon that, if it had 4G, would just be flat out better than the DROID BIONIC in most respects. It doesn't take an MBA to realize that'd be bad for business, unless the DROID HD is a lot further from release than the photos would seem to indicate.

However, there is a "no SIM" notification present on the device - so who knows, it could be 4G. If it is, this thing makes the BIONIC look like a brick, and would be a device worth waiting for over that lumbering hulk that's set to come out next month.

Still, despite the apparent lack of confirmation on 4G, the HD is obviously no slouch, and is clearly aimed at fighting the next iPhone and Galaxy S II on the thinness and performance front, seemingly foregoing Verizon's bulky 4G LTE radio to maintain its figure. There's no information as to when we can expect this phone to be released, but you can color us interested - very interested.

AmazonWireless Is Holding A Video Contest With $15k In Prizes, And We're On The Panel Of Judges

[Review] ApzOrb: Funny Spelling, But A New Skin For An Old Snake