For most, the idea of losing their mobile device is devastating. Users tend to panic at the idea of things like personal messages, contacts, photos, and internet passwords falling into the wrong hands. Luckily there is an abundance of security apps in the Android Market created specifically to combat such a scenario (and hopefully help in getting your device back). But this abundance poses another question: which one is right for me? It can be difficult to choose a security app that has the features you need, a reasonable price, and the interface and functionality that create a pleasant user experience even in the midst of such turmoil.

Looking to calm Android users’ concerns surrounding loss and theft, Theis Borg brings us Android Lost Beta, an app with a surprising number of features and an even more surprising price: Free! 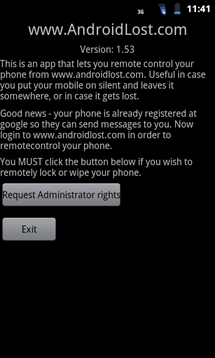 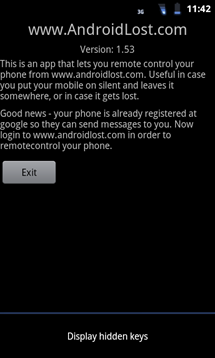 The interface of the phone app and the online controls seem practical, albeit a bit rough design-wise. The hundreds of positive reviews and applause for frequent updates and easy communication with the developer are reassuring, however. Almost all of the action takes place at the Android Lost web frontend which provides access to all of the app’s features.

One thing that’s certain about Android Lost is that it has a long list of features. When controlling your phone using the online interface, your options are divided into six categories. Let’s take a closer look at what’s included. 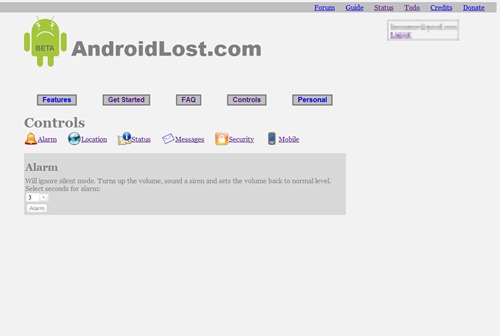 This is what you would expect. The alarm function will “ignore silent mode” (read as “turn the volume all the way up”) and allow you to activate an alarm that lasts anywhere from 3 seconds to 2 full minutes. This option is extremely useful for when your phone is lost, and depending on your phone model, the alarm may be audible from several rooms away. 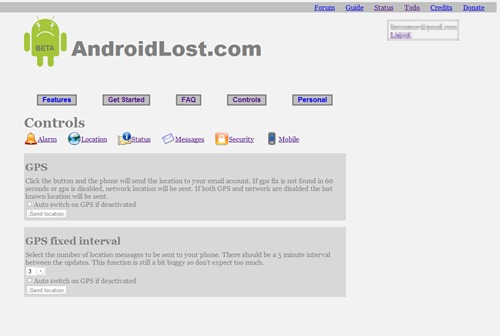 This tab contains your GPS location options. You can switch on the phone’s GPS receiver remotely, and trigger an email message containing location information; this information can also be relayed automatically every 5 minutes up to 30 times in a row. GPS functionality is generally the primary feature that most people want out of an app like Android Lost and it seems to work quickly and smoothly. Within moments of hitting the button I received an email with a handy clip from Google Maps showing the exact location of my phone. 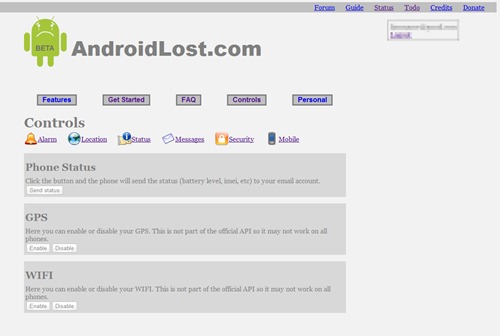 From this tab a simple button click sent me an email containing information relating to my phone’s status, including all of the pertinent carrier, hardware and software information, as well as information on things such as battery level, whether the phone is plugged in, the phone’s temperature, etc. This is an impressive function, but I was a little discomforted to find that it also triggered the Android Lost app to launch on my device, which displays a tidy description of what the app does. Supposing my phone had been stolen, the culprit would now know exactly what was going on, which is not a good thing.

There are also (experimental) options to toggle the GPS and Wi-Fi state, which did not function for me -- but as the developer warns, these features may not yet work for all phones. 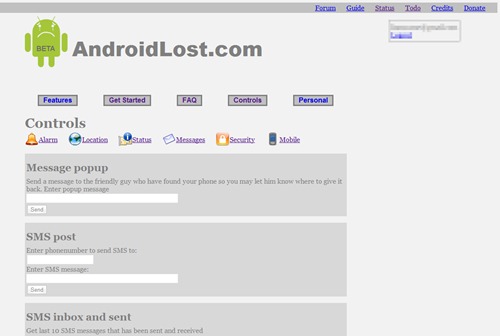 This seems like one of the most useful (and functional) tabs on the control panel. From here you can trigger a pop-up dialog on your phone containing a custom message. The controls also allow you to get a report of the last 10 SMS messages (sent and received) emailed to you, showing the phone number, body, time and date of each message. The texting feature was also very impressive, allowing me to send a text message to any phone which would appear to come from my phone number. 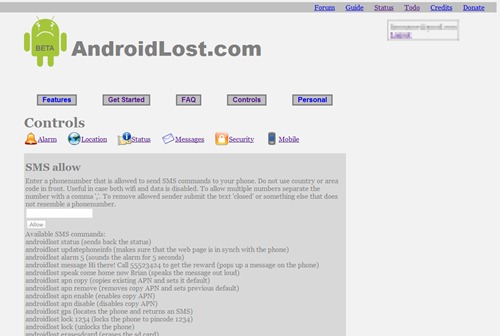 This is another fun tab. From here not only can you lock the phone (and create a pin code to unlock it), wipe the SD and internal memory, but you can also set permission for a second phone to send commands (including the full range of functions) to your lost phone, in effect turning the second phone into the Android Lost control panel. There is also an option to hide the Android Lost package from the phone’s launcher, but it requires a reboot, meaning you’ll need to do it in advance of losing your phone. 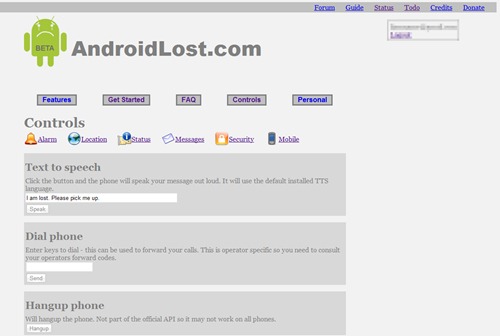 As one of the most practical function-sets Android Lost offers, I had high hopes for the impressive list of features found here. The text-to-speech function works brilliantly, causing your phone to shout any message you type in at top volume. From this tab you can also remotely end a call, request a copy of the last 20 calls received or made, and snap a photo with either the front or rear camera.

I was particularly excited to test out the camera function, especially after seeing how well the other features on this page worked. Unfortunately, the functionality here was spotty. There was about a 50 percent chance that the Android Lost app would launch and nothing else would happen, but the other half of the time, I received an email within several minutes with a low-res photo attached, which I could see as being quite handy in finding a lost phone (if you don’t mind trying a few times before finally receiving a photo).

In summary there are a few positives and a few key negatives to consider before relying on Android Lost as your security app.

Overall the services provided by Android Lost seem promising, and do a little more than the basics expected from a security app. Despite the occasional dysfunction, the stable functions of the app are useful and easy to use, and the developer issues frequent updates which will hopefully remedy any flaws. If you want a free alternative to more sophisticated security apps and don't mind dealing with security that isn't 100% reliable, Android Lost may be for you. Otherwise, it would be well worth looking into more established applications. 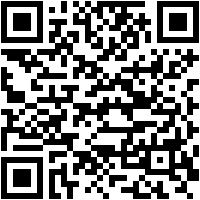 AmazonWireless Is Holding A Video Contest With $15k In Prizes, And We're On The Panel Of Judges