A little more than two weeks ago a revolutionary (pun intended) new unlock and root solution was released by AlphaRev and Unrevoked that provided S-Off and NAND write access to a number of HTC devices. That tool received an update today that adds a number of previously unsupported device to the mix:

Prior to this release, neither the EVO 4G nor Incredible 2 with Gingerbread had received S-Off and root, so these new additions to the Revolution family are welcome ones, to say the least. 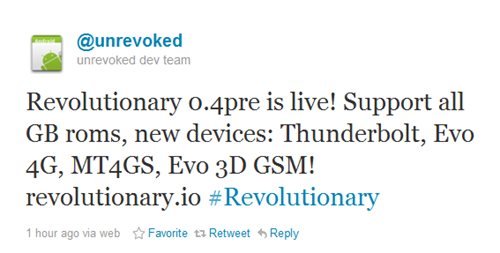 To grab the download and full instructions on how to use it, head over to the Revolutionary site.