While developer Glu Mobile has had a lot of success with its gun-wielding, bravado-toting title, Gun Bros, it seems to be unsatisfied with the mark left on the genre. I mean, why else would they release Eternity Warriors this week?

In a sentence, Eternity Warriors is Gun Bros with swords. I wish I was kidding.

Usually, I might give this a pass, but Glu Mobile just released a game called Star Blitz which is essentially Gun Bros in space. I'm all for getting more mileage out of work (I am a freelancer, after all) but at this point, it's become a bit insulting. Everything is the same, from the "defeat the waves" gameplay to the "reactors/converters/forges" you use to convert enemy drops to currency. It is a new coat of paint on an old house.

To continue the metaphor, however, the house still stands: the game isn't exactly worse for its new look, but the whole design really just reeks of laziness. While the aesthetic is a little bit darker than Gun Bros, the characters, enemies, levels and menus all look similar. It's like Glu decided to have one of each era: "medieval fantasy", "near future" and "sci-fi."

So if you've played Gun Bros, you've played this game. The same complaints I have about that game (the micro-transactions, the tendency to not be able to progress without spending money, the inability to outfit your partner) are all perpetuated faithfully with seemingly no effort to correct them. The only addition is the inclusion of a Facebook element, where your friends' characters can be imported as your AI partner. If you're like me and don't have any friends who play the game, this is just left to gather dust.

All the "cool" weapons that you see in the below gameplay video are bought with micropayments, or require you to download sponsored apps to get freebies; in order to avoid grinding through what is really mind-numbing gameplay, you'll either cough up cash or end up loading down your phone with useless (and I mean useless) apps.

So we have to wonder: why? Why would Glu make it so painfully obvious that they're milking the dual-joystick "kill waves of enemies!" gameplay until it keels over and dies? Hell, even the "_______ Story" simulation games add something in between installments, and don't go straight from "Oven Salesman Story" to "Refrigerator Salesman Story." There's some variety between "Game Dev" and "Grand Prix" that makes you think "Wow, this is a completely different way of playing!"

All it ends up doing is creating confusion between the different products, and without a central login to tie them all together, you can be sure you're going to spend money on multiple copies of the same feature. It's tiring, and makes me annoyed at the company's products altogether.

So I can only really give this a recommendation if you haven't played any of Glu Mobile's other games, but really, what's the point? Since they're all free, you don't really have anything to lose by picking them up.

However, if you support the developer with micro-transactions, you're sending a message that this type of recycling works, and that it's something they can continue with safely. Really, I don't want to come back in a few weeks to a 40's-themed Mob shooter that requires you to download yet another half-gig in resources.

Which is another thing. They still haven't managed to fix the "your download stops if your screen times out" bug yet. After how many games?

Come on, guys. You can do better than this. 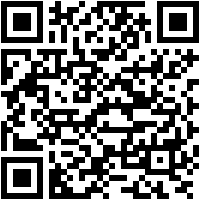 [Weekend Poll] What Type Of Custom ROM Are You Running?