If you are anything like me and you own the keyboard dock for the Asus Transformer, then you probably keep it attached the majority of the time. The dock gives you quick access to the home, search, and menu shortcut keys, but what about the recent apps button? Unfortunately, a hardware button was not included. Although it is not much work to just tap the on-screen button since it is just a few inches away, it can still be annoying.

Instead, the Android 3.2 update brought us something a lot of us are already very familiar with - Alt+Tab. Keep holding Alt down and press Tab to cycle through the eight recent apps. Let go, and you will switch right to the highlighted app - yup, just like on your desktop, though requiring 1 extra press for some reason (the first one shows the menu, and only starts cycling through after the second one). 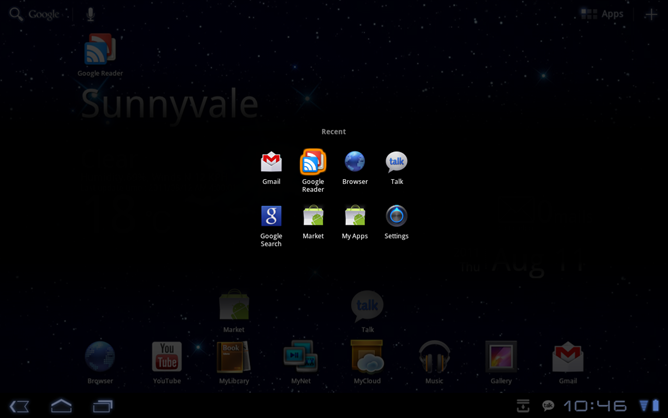 After just a few uses, you will be using this shortcut like it is second nature. The particularly nice thing about this feature is that you do not even have to touch the screen, so you can quickly multitask straight from the dock. Give it a try!