When it comes to camera apps, it has been a while since I've really been wowed by anything I've seen. Most offer the same features - saturation, color effects, maybe some sort of Polaroid replica... you get the idea. I guess the dev team at JFDP Labs felt the same way, because they have put together the most impressive camera app that I've ever seen, simply called Paper Camera.

I had to throw this in, because I really like that tiny... paper camera.

Paper Camera offers some very cool effects like cartoon, sketch, comic book, old printer, neon, bleaching, half tone, noir, old newspaper, and more. Not only are the effects top-notch, but it all happens in real-time. No post-processing going on here -- what you see on the screen is exactly what you get. 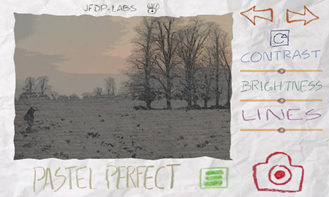 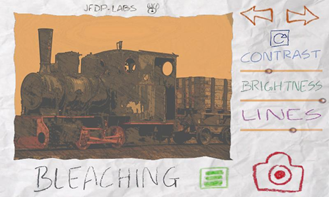 It's worth noting that this app isn't currently compatible with Honeycomb, but the devs are aware of the issue and are actively working to get it fixed.

Update: The developer responded to some of our questions with the following: