Ruggedized - doesn't the word just conjur up images of a tiger eating a Toughbook?

When I received the J4M headphones from JLab, I was unsure of how "rugged" an in-ear headphone could actually be. So, I decided to treat them less than, shall we say, "gently" over the last few weeks.

Now, it's not like I've gone dunking them in water or buried them in sand at the beach - that kind of behavior is at your own risk. But, I can say the J4M is a tough little piece of kit that won't disappoint in the durability department. Read on to find out why.

Also, if you want to skip straight to the giveaway contest, it's at the bottom.

Includes: The J4M headset, 7 sets of earbuds, and a handy travel case.

The Bottom Line: If you need a ruggedized in-ear headphone with a microphone (or without, there's a non-mic model) that is actually, well, rugged, this is the best bang for your buck.

The J4Ms have occupied my back pocket, stuffed in carelessly and completely tangled. I've tried to use them with my phone sticking slightly out of jeans to put bending force on the jack. I slammed the cord in a drawer - several times. They've been in my overnight bag, probably stepped on, and generally not been cared for as you would a high-end set of fragile earbuds. And what do I have to report? So far, so good. No crackling, no weird kinks in the cable, and the pause/call-end button still works. 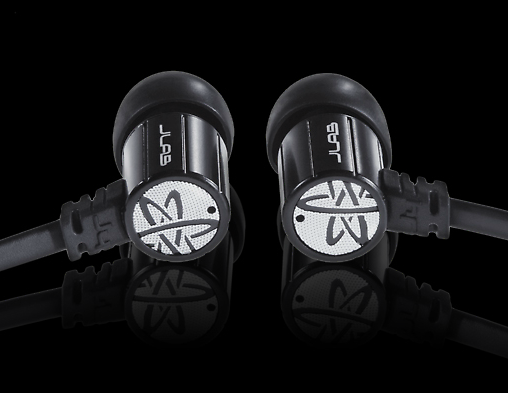 The J4M has two primary ruggedization features. The first is reinforced joints (or, as JLab calls it, exoskeleton) everywhere the cord meets a component. These hard rubber joints have enough flex and fit loosely enough around the flat cable that they protect the internal wiring and components at sensitive points without acting as yet another potential bend/kink trap for the cord.

The second is the cord itself, which JLab claims is reinforced with Kevlar (please, hold your "oooo" and "ahhh" noises). But the real durability feature here is the shape of the cable, which is wide and flat. Like a tapeworm - except not gross. Because of the shape, the cable resists bending and pinching force far better than the average headphone, meaning it's nigh impossible to get a fatal kink in your J4Ms barring unusual amounts of force or deliberate destruction.

The drawback to all this ruggedness at such a low price is, unfortunately, build quality. I can't help but feel the J4M was manufactured as cheaply as possible to keep the price point low. This isn't the end of the world, but it does mean you won't feel like you just put on a pair of Grados. Granted, the J4M is all about function, not form. Which is good, because they're a bit hideous, aesthetically speaking (that giant silver "J4" logo on the splitter makes me slightly self-conscious about wearing them). 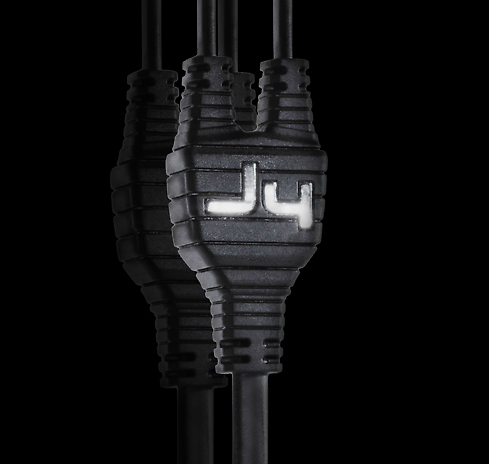 As far as comfort? The J4Ms sit comfortably in my ears, though they seem particularly prone to transmitting vibrational noise whenever you touch the cord or one of the harder rubber pieces. Again, this is kind of unavoidable given their design - and it may annoy some people, particularly audiophiles. They also sit rather heavily (again, ruggedness) and pull on your ears more than the average earbud, so that's another concern to consider.

The J4M also features a microphone with a pause / call-end button on the right earbud, along with a microphone. Whenever I went to use it, I almost inevitably yanked the earbud out because the microphone dongle sits up so high on the cord. Still, its position there means you don't need a clip or even a hand to use the microphone, as it sits very close to your talk-hole.  The microphone seemed to work well (admittedly, I only used it on 2 calls), and of course the headphones were fantastic for hearing the other party. But how do they sound otherwise? 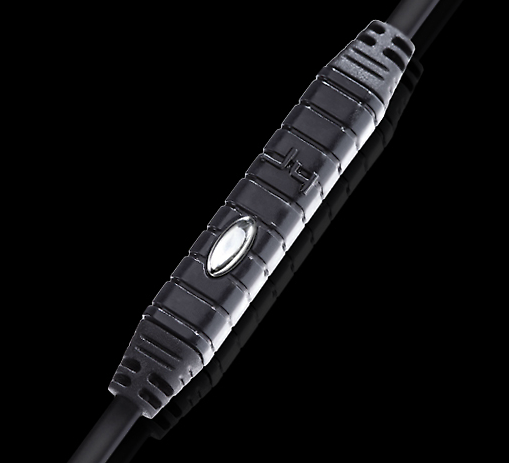 The J4Ms sound good. Not great, but good. Way better than the crappy headset that came with your smartphone or MP3 player, for sure. And significantly better than the $15-30 low-end Skullcandy-esque junk you'll find at your local electronics retailer.

The J4M produces crisp highs, which is something many low-end headphones fail at when the sound really gets cranked up. The headset will ride your volume rocker all the way to 100% without breaking a sweat. I experienced no odd vibrations, cracks, or extreme distortion. Response is also very tight and clarity is great (sounds don't muddle together during complex or dense arrangements).

Unfortunately, the J4Ms have one massive shortcoming in the sound department, and it's on the low end of the spectrum - literally. Bass on the J4M is overemphasized to the point of silliness, and clearly caters to an audience more concerned with how much their earbuds "bump" than how they actually sound. Electronica, dubstep, and big rap / hip-hop fans will probably enjoy this - the extremely tight response of the bass coupled with its high oomph give the J4M a lot of low-frequency authority for a relatively low price.

If you listen to anything outside those genres, you'll find the bass intrudes into otherwise balanced melodies, especially when you start cranking the volume level up. It's annoying, and honestly makes listening to some music extremely tiresome. Use of an app with an equalizer is something I'd recommend with the J4M, as you may want to tailor-fit your soundstage to your listening habits.

Personally, even on songs meant to have a lot of bass, I found the J4M to be too pushy at low frequencies, dominating rather than supplementing. But, things like this can be a matter of personal taste to a large extent.

Like I said, the J4M is probably the best bang for your buck if you want a rugged set of earbuds. They're tough, and everything I've experienced only confirms JLabs' position that these headphones are built to last - even if they feel a little cheap. If you're looking for a headset in the sub-$50 range and want one that's built for your rugged lifestyle, the J4Ms are worth checking out.

We're giving away three pairs of the JBuds J4M by JLabs earbud headphones, in the color of your choice (black, red, or gray). To enter, do one of the following:

That's it! Do one of those (one entry per person, please!), and you'll be entered to win one of the headsets, courtesy of JLab Audio. This contest is open only to residents of the United States (sorry to our international readers), and will be open until Thursday, August 18th at 11:59PM.