Lodsys, the king troll of all patent trolls, has been attacking developers of both Android and iOS apps for a few months now (yeah, even Rovio) with their claims of owning a patent to the free->paid upgrade process using in-app purchases.

Their latest victim is Bithack, the developer of Apparatus. Yup, the same Bithack who raised hell about the Amazon Appstore last month and whose game is currently averaging 4.6 stars in the Market. Lodsys is not currently suing them, but did sent a heap of documents with patent license requests, looking for a quick settlement rather than going to court.

I'm not going to repeat arguments against Lodsys and the software patent system in general - David's already done a good job doing it (and don't forget Florian Mueller with his FOSS Patents blog), but I will post the documents Lodsys sent Bithack, which highlight the exact nature of one of their claims. Oh, and the in-app purchase situation in Apparatus - a link to the Android Market where a full version can be purchased.

This kind of frivolous behavior makes my blood boil - if this is not the perfect case for reforming software patents, I don't know what is. Now you tell me - have you seen anything more ridiculous lately? (Oh wait, you kind of have - ah, the irony of Apple patent trolling and going after Android manufacturers while getting patent trolled by Lodsys): 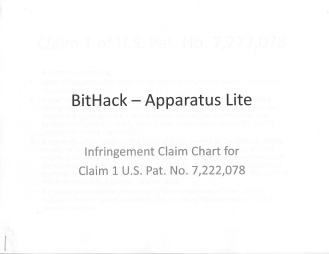 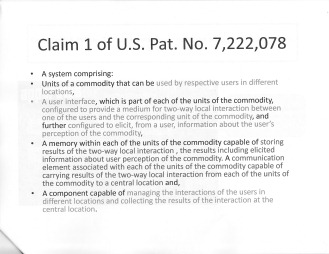 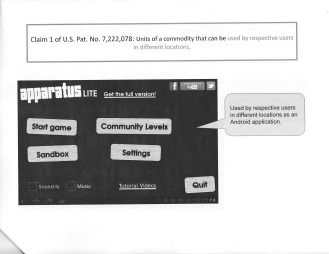 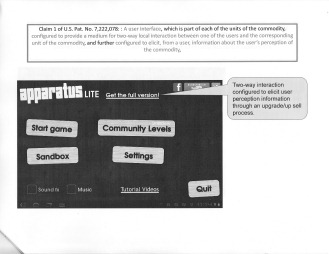 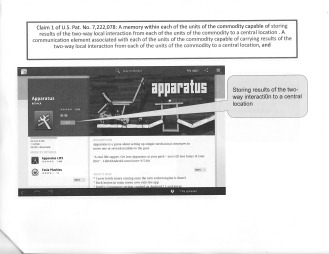 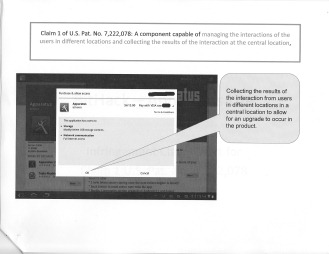