Motorola Photon 4G, Sprint's latest dual-core Android phone and EVO 3D's only true rival, is only 10 days old, but it's not stopping Radioshack from folding its price sticker in half and throwing it on a sweet-sweet sale - $99.99.

The deal is available immediately at RadioshackWireless.com, though it's currently limited to new accounts, as it oftentimes happens (don't even look at it if you're upgrading). Throw in free FedEx shipping, and you've got yourself a pretty good price on Sprint's second best offering today, at least until the Galaxy S2, a.k.a. Epic Touch 4G, arrives later this fall.

Amazon Wireless and Wirefly both currently list the Photon 4G at $179.99.

Those interested in the Photon 4G will want to check out the review roundup and its specs: 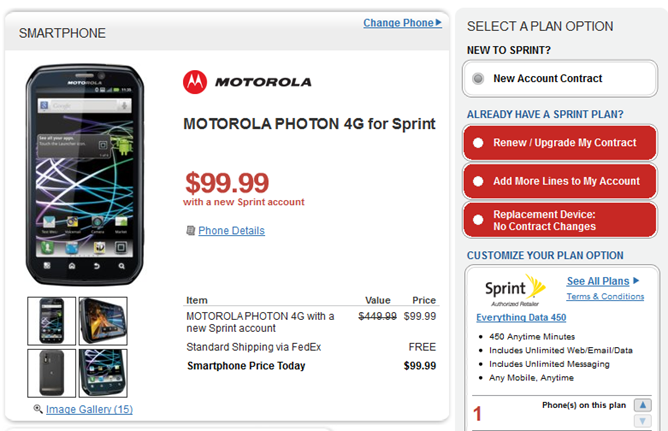