Two cores along with a 10 inch display and full USB, HDMI, and SD ports, topped off with 32GB of internal storage can be had for $509.99 (normally $579.99) with free shipping from macmall's eBay account as part of today's eBay Daily Deals. Ever since eBay launched its deals site, checking out the daily deals with the morning coffee has become a lot more enjoyable, as the Groupons and the LivingSocials have become extremely boring. 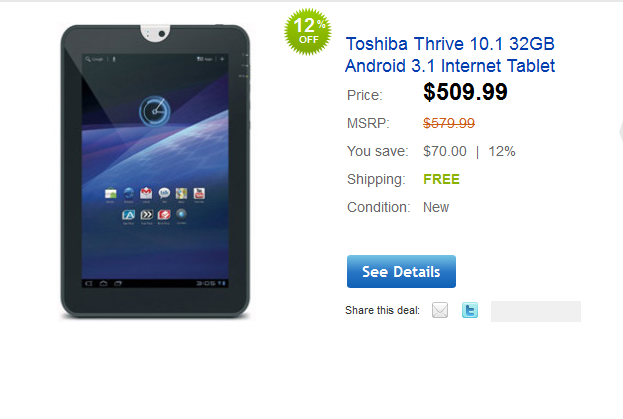 Check out the full specs, read our Thrive review, and then hop onto eBay if full ports trump size and weight in your book - but remember, the deal lasts 1 day only.