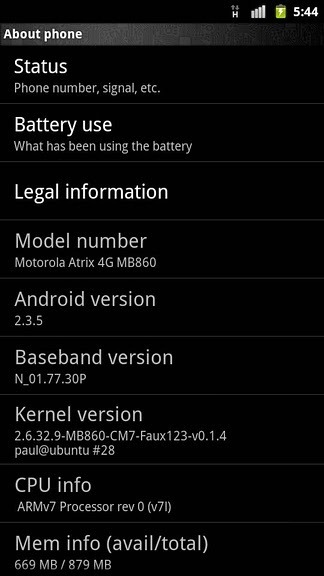 Unfortunately, the Bluetooth and camera are currently not working, in addition to “everything else that wasn't included in the [above] working list”. Even if you can live without these components and are willing to give CM7 a shot it is still recommended that you first backup your current ROM (a helpful guide is provided here).

Check out the video below of how the release looks on the Atrix:

Finally, if you have any issues with this release first check out the issues list before reporting a bug.

If you are an Atrix owner and are planning on testing out the pre-beta release please give us your feedback in the comments.

Thanks to Mike and Shane for the tip!