There are lots of applications available on the Android Market which are aimed at adults, falling into various categories from 'Productivity' to 'Health & Fitness', but you don't often see truly good applications aimed at children. There isn't even a category for children's apps in the Market!

That doesn't mean that great children's applications aren't out there, however, and The Going To Bed Book, from the same developer that released The Tale of Peter Rabbit, looks like it could be one of those great titles.

All of the material inside the app is taken from Sandra Boynton's book of the same name, and given a digital twist. All of the content inside the book can be interacted with. For example, you can tap water that turns on and off, watch as the ark comes alive on your "page", and create stars in the sky just by tapping in the place where you want them to appear. 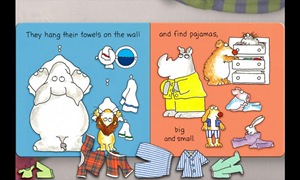 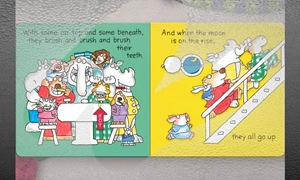 All of the words can be read out too, just by tapping on them, so if your child can't read a word, they can tap and have it read for them to help them learn what it reads.

With rich illustrations and animations that help to bring a regular book alive, this app is well worth checking out for your kids, especially at the £1.28 (around $2) price point. It's just been released on the Android Market, so take a look. If this one doesn't tickle your fancy, you could always try out the Winnie The Pooh application instead! 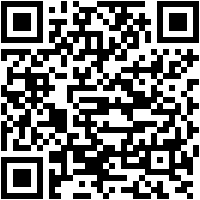 Skype For Android Updated To v2.1 With Official Video Support For 17 More Devices (Including ...