Well, it's only taken about five months, but Verizon XOOM owners will finally be able to make use of that lovely microSD slot on the side of their tablet. Of course, the OTA update in question does a fair bit more than allow you to up your XOOM's already robust storage. Take a look at this list: 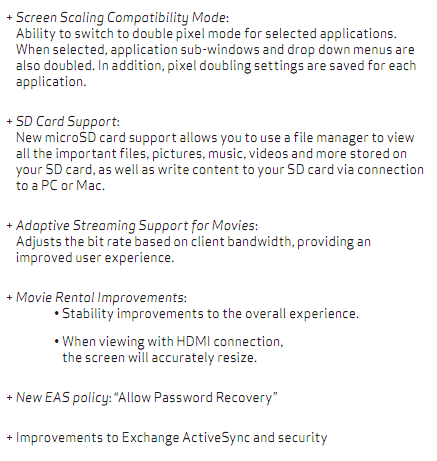 While Verizon (they're the ones publishing the update) doesn't explicitly state that the update, dubbed HTJ85 (has a nice ring to it, right?), brings Android 3.2 to the XOOM, it's clearly implied by the addition of "Screen Scaling Compatibility Mode" - a feature of Android 3.2 that we talked about a while ago.

It's not known exactly when this update will roll out, but VZW's support pages generally don't go up until an update is practically finalized, so you can expect it sometime soon (don't worry, we'll let you know).

Rumor: Sprint Getting The Galaxy S II In September, To Be Called The Epic Touch 4G

Google+ For Android Updated - Now With Notifications That Are Less Horrible