The Droid Bionic. You've heard the name for about three-quarters of the year now, and the hype surrounding the world's first dual-core Droid has seen its fair share of ups and downs. Last week we found out that the device would finally be hitting the streets in September -- too little too late, if you ask me. I'm not entirely sure what market Motorola plans on competing with at that point, as the beastly Galaxy S II should be available on Big Red by then, along with the new iPhone.

Despite all that, there are some people still interested in the Droid Bionic, albeit not many. So, for those who still plan on picking this device up, here are the official Bionic specs, courtesy of the MotoDev site: 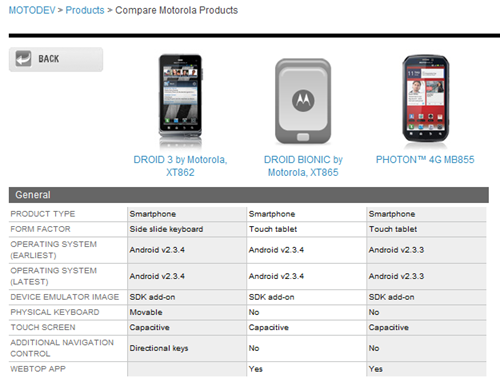 ...yeah. Are you as underwhelmed as I am? Had this landed around the same time (or before) the Droid 3, it would've smoked the face off of everything else on the market. But as it stands, by the time we actually see, it will be too late. It's far from revolutionary and way overdue.

Motorola, you really dropped the ball on this one.

[Review] LEGO Creationary Lacks The Imagination The Toy Is Famous For