The Motorola Photon 4G has been anticipated for a few months now, as it's Motorola's first 4G smartphone to hit Sprint's WiMax network. Moreover, it's sleek, stylish, fast, and an all-around good device, according to the first round of reviews that we've seen. Below is a summary of those reviews, but first, a quick look over the specs:

Without further ado, here are the reviews. 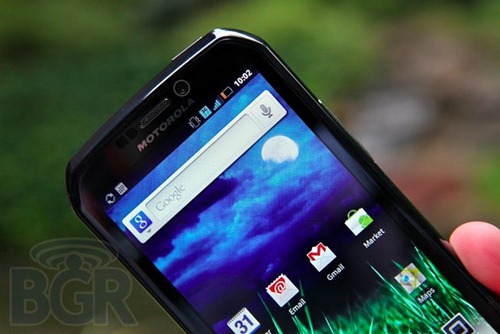 After reading the review, there's no doubt that BGR's Jonathan Geller really enjoyed using the Photon 4G. Everything from battery life to display (yes, even with PenTile), Geller praised this device all the way around, even stating that it "easily trumps the HTC EVO 3D."

Having mentioned the PenTile display, I will note that, according to the review, the display isn't as "bad" on the Photon as other Motorola offerings (like the Droid 3) thanks to different coloration in this version of Motoblur versus others. It was stated that the gridlines were still visible, but only to those really looking for them.

With that in mind, the rest of the review was nothing but praise:

The Motorola PHOTON 4G is Motorola’s first real 4G handset, and it’s a winner. It easily trumps Sprint’s other flagship device for the summer, the HTC EVO 3D. From the phone’s styling and feel, to speed and functionality, the PHOTON 4G is one of my favorite Android devices in a long time, and easily my favorite smartphone that Sprint currently offers. It combines next-generation specifications into a reasonably slim and full package, and offers business customers and frequent travelers the ability to roam internationally — something not found on many 4G devices currently. If you can get over the fact that the Motorola PHOTON 4G doesn’t feature a physical keyboard, then this is going to be your favorite smartphone on Sprint, by a wide margin. 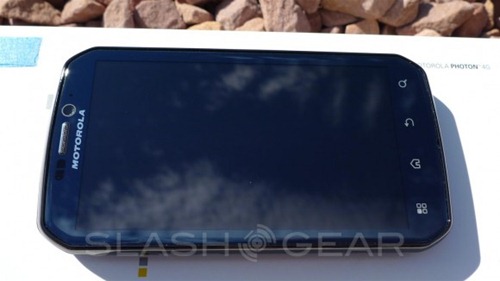 Slashear's Cory Gunther ran this phone through its paces, testing the camera, running some benchmarks, and busting it out through daily use -- and he liked it. While this review was lacking a lot of the substance that we're used to seeing in reviews, it's safe to say that the Photon scored well in Slashgear's book, and is definitely a recommended handset.

For what you pay for this is an extremely powerful and versatile phone. You can do a lot more than just text and play Angry Birds with this. You can browse the web and watch movies on your 56″ HDTV, use it for an alarm clock with that fancy kickstand and more. With a slightly unique design it will stand out in the crowd and you’ll love showing it off. Once you set up the HD Dock and get everything dialed in everything works pretty great, and there is no shortage of geek appeal.

This is my next 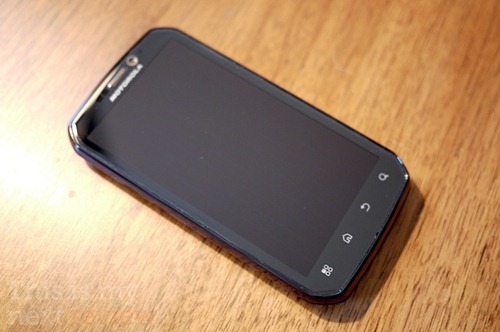 TiMN's Joshua Topolsky took the Photon for a test drive, and I can't help but feel like he walked away feeling a bit indifferent at best. Sure, he said some mighty-good things about the device, but nothing astounding. All-in-all, though, he gave the device a 7.5 out of 10, highlighting that while it may be a sleek and sexy WiMax device with a good display, the battery life and Motoblur take away from its allure.

The Photon 4G isn’t exactly a groundbreaking device. If you’re an Android user (and especially if you’re a Mororola device owner), you won’t be surprised by anything here. The 4G connectivity is solid when you’ve got it, the hardware is completely capable, and the software serves its purpose relatively efficiently. If you’re already a Sprint customer and are poised to upgrade, you could do a lot worse than this device. On the other hand, there doesn’t seem to be anything so compelling about this phone or its features that I envision it leading users away from other carriers. It’s a fine, recognizable contender on a fine, recognizable carrier — but I don’t know if it has the flair to move bodies. The Photon 4G is a great device, but if Sprint and Motorola desire to spike the needle with consumers, they’ll have to try a little harder than this.

Full This is my next review 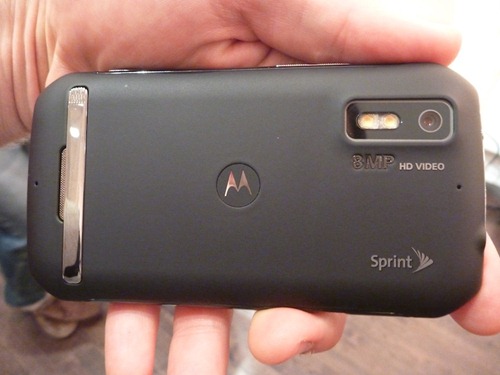 PC World put two writers up to the task of review the Photon -- Armando Rodriguez and Ginny Mies. Collectively, the duo had good things to say about the device, praising its unique design and form factor, as well as performance. They weren't the biggest fans of some of the other features, however, like the PenTile display, stating that it "had a bluish tint;" and the camera, calling it mediocre.

Of all the Motorola phones we've seen this year, the Photon is definitely the best of the pack. The design is one-of-a-kind, and the Tegra 2 processor paired with Sprint's 4G network is hard to beat. But the Photon 4G suffers from some issues we've seen across multiple Motorola devices, such as the bluish tint to the display and the uneven camera.

After reading all of the reviews, I feel confident that the Motorola Photon 4G is a winning device. If you're looking for a blazing fast device with a unique form factor on the Now Network, then this is the device for you. For what it's worth, if I were switching to Sprint today, I would walk right past the EVO 3D and go directly for this device, and that's all without ever personally laying hands on it.