As it turns out, that wasn't a Galaxy S II variant at all, but a completely different handset that is headed to Ma Bell. BGR, the site credited with the initial leak, is now reporting that there was a bit of confusion due to the model number of the leaked handset - SGH-i927 - which was previously associated with the Galaxy S II line, but now appears have been recycled by Sammy for this new device. 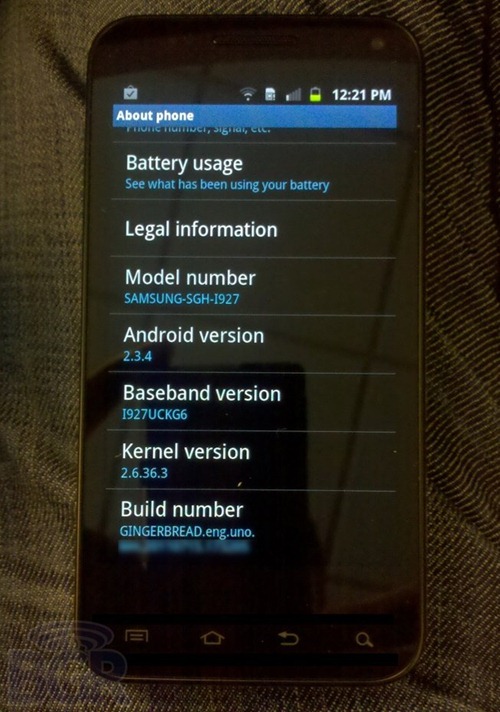 There is another curiosity associated with this handset as well: the kernel. You see, this device appears to be running kernel version 2.6.36.3, which, in all actuality, is a Honeycomb kernel.

Curiosities aside, this is pretty good news for AT&T customers, as the GSII will retain its currently sleek physique, but those who were really looking forward to a physical QWERTY will get their just desserts, too.

See, all that kerfuffle was for nothing.

Awesome Feature In 'Dolphin for Pad' Shows Your Open Pages In A 3D Cube Display With A Simple ... [Updated] AT&T Joins The Likes Of T-Mobile, Will Start Throttling Data For Users With Unlimited ...