Since the beginning of time, there has been but one rule among men: release GPL source code on time. For those who choose to ignore this rule, terrible things ensue; most of which are so horrific, I dare not speak the details. The code has always been upheld by the law, but one foul beast has found a way to circumvent the system and hold the source for weeks, even months, too long: HTC. 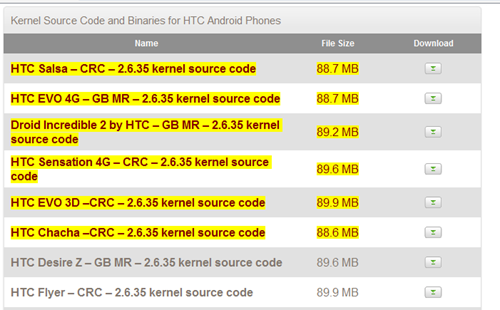 I've always wanted to give some sort of dramatic introduction like that. Joking aside, though, HTC released a whole gaggle of source code to its developer repository this morning, encompassing devices both new and old:

And we all know what that means: full custom kernels are on their way! The EVO 3D has already been overclocked to a blazing 1.8GHz, so I can only image the treatment it will get now that the kernel source is available. Viva la Android community!

Just as this post was being published, our own Justin Case let me know that there seems to be a problem with the Droid Incredible 2 source. It appears to be incomplete, and as such, will not compile correctly. Hopefully HTC will quickly fix this.

Google Revamps Its Search Page For Tablets To Include A More Intuitive Layout With Pronounced ...