Several weeks ago, we took a look at an app called VideoSurf that was aiming to bring video identification to Android, but it was, well... bad. We continuously compared it to IntoNow - and app previously only available on iOS - that serves the same purpose and does it very well. As of today, IntoNow is finally available on Android.

IntoNow is a video identification application that works similar to the way Shazam does for audio. You fire it up, point your camera at the TV, and it works its magic. It will identify the show and episode, offer links and other data, and allow you to share your findings on Facebook and Twitter. 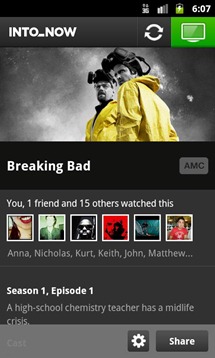 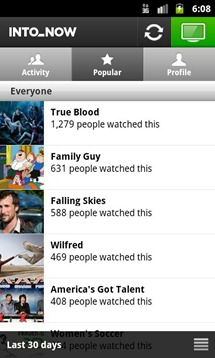 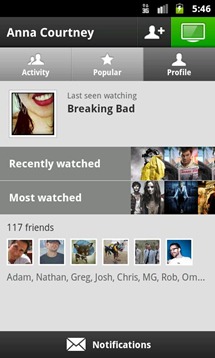 It also offers a sort of "check-in" type feature, allowing you to find other people watching the same show at the same time. If you choose to 'friend' those users, then it will also notify you when they're watching TV -- giving you even more of a reason to sit in front of the tube more than you already do.

Once you've found a show that you're interested in, a simple tap will take you directly to IMDb so you can get the full skinny on the show, cast, synopsis, and all that jazz.

The app is free in the Android Market, so hit the widget below and go watch TV.