Update: If @VZWSupport is to be believed (and after yesterday's Galaxy S II fiasco, I have my doubts), then the update should be rolling out beginning today, reaching all DX2 owners by the end of the week. 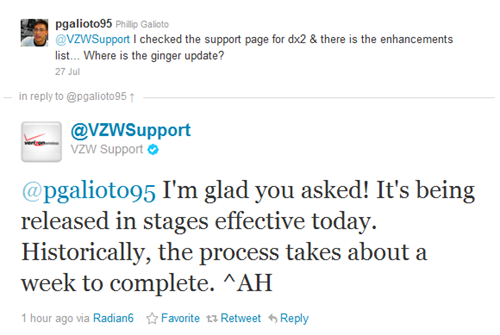 Has anyone received the update yet? Drop us a line in the comments when (if) it hits your device!

When the Droid X2 first hit the street, most would-be owners were extremely disappointed when they found out that it didn't ship with Gingerbread. For some, this was a deal-breaker, but others stuck it out and bought the device anyway, hoping for an OTA update soon after. It looks like that time may be upon us now, as the official documentation regarding the Android 2.3.x update for the DX2 has landed on VZW's support site. 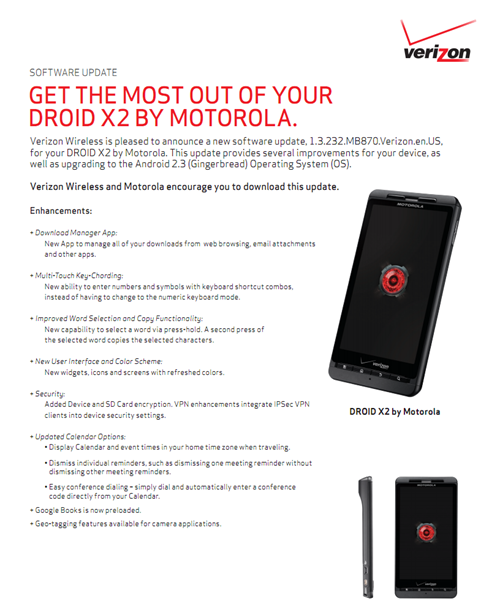 The update looks to bring many enhancements to the X2:

That's not all that Moto/Big Red have packed in this smorgasbord of improvements, either. You can expect a whole slew of other, minor fixes as well:

So there you have it - lots and lots of update/fixes/enhancements/other awesome stuff. There is just one missing detail: a rollout date. We're not sure on that one but, as always, we'll let you know as soon as we find out.

Romanian Blog Goes Hands On With The ASUS Eee Pad Slider, And It Looks Totally Sick