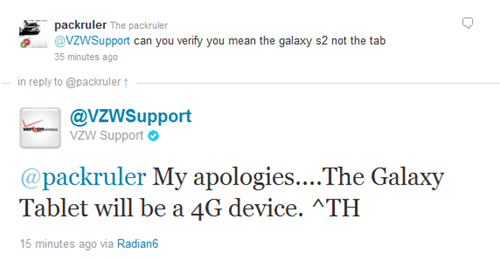 Here's some news that a lot of you have been waiting to hear: the Verizon branded Samsung Galaxy S II will have 4G LTE -- if the @VZWsupport Twitter account is to be believed, that is. So often we hear of things like this, only to later find out that the representative manning the keyboard at that exact moment dropped the ball, made a mistake, or was flat-out wrong. Hopefully that will not be the case in this instance, because if I've learned one thing about GSII hopefuls, it's that they're very passionate about the inclusion of 4G LTE in this monster device.

So, VZW, now that you've instilled hope and excitement into your customers, you damn sure better deliver.

Angry Birds Updated, Gets 15 New Mine And Dine Levels