Save Toshi is an iOS port that comes to us from developer Nitako. In the game, you are tasked with getting pop star Toshi onto a dancefloor, as her dancing kills demons. The storyline is very "Japan," as are the voice effects that accompany each of Toshi's movements. The voice acting is actually quite annoying, but the game (mercifully) comes with an option to turn it off.

Unless the anime aesthetic appeals to you, there's a good chance that Save Toshi won't be your cup of tea. However, there are certain things you can appreciate about this game - specifically, its new twist on an older formula.

You move Toshi by throwing baseballs at the platforms she stands on, which are affected by different properties depending on what they're made of. Wood platforms break after two hits, metal platforms allow Toshi to slide on them, and stone is unbreakable. Like a giant Rube Goldberg machine, your task is to make everything fall in just the right order, so Toshi can be deposited on the dancefloor. Levels can be failed by flinging Toshi into the water surrounding the play area.

Levels can be rotated in 3D in order to hit blocks from all angles: this allows for some pretty creative solutions to puzzles, as there is likely more than one "correct" way of doing things. Each level gives you a "par" amount of balls that, if met, will give you a three-star rating. Beyond the star ratings, however, there doesn't seem to be any other scoring methods.

Save Toshi reminds me a lot of the Wii title Boom Blox; the physics puzzles and the "throw things so other things fall down" gameplay is quite similar. The game bases much of its success on simply adding an extra dimension to physics games like Cut The Rope, where the levels can be added en masse and players can be kept occupied for ages with very little maintenance needed.

And, for what it's worth, the game plays pretty well. Besides a few levels where blocks never seem to act the same way twice, the game has a lot of inventive puzzles for players to go through. If anything, the lack of consistency is its worst quality, gameplay-wise: for some, being unable to perform the same results twice in a row, despite hitting the same place, will be infinitely frustrating.

However, for all the good the game does, it's hobbled by an over-aggressive ad model that just left me with a bad taste in my mouth. The game is free and includes 25 levels; the rest of the content can be unlocked by a "coins" system, which is similar to GLU Mobile's model for their titles, like Gun Bros. You can either pay to unlock coins (which then can be used to buy level packs) or install apps from a list that will give you coins. Apps that require you to pay to buy them give you more coins than their free counterparts.

So, if you want to progress beyond the game's 25 initial levels, you are going to shell out money, or load your phone full of apps you might never use. This isn't something I enjoy. With Gun Bros, there was at least a measure of a game to be played without the purchase of "war bucks;" here, if you're done the 25 levels, you won't have anything else to do.

The game also advertises between levels (which are skippable) and urges you to buy the complete version through notifications, which many see as a big no-no. While the latter only seems to occur when you exit the game, it's still very annoying.

The entire game can be unlocked (with ads removed) for $1.99, which seems like a fair price for 125 levels. However, getting people to buy what you're selling shouldn't come at the expense of how the game plays. Save Toshi could have released a free version supported by ads (the "Angry Birds" method)  or a paid version that gives players a "clean" version. Having us wade through a "freemium" model just seems a bit pointless, and just serves to get as much money from non-paying users as possible.

This ultimately hurts the experience - since you can't buy the level packs straight away, you'll need to force yourself through 25 levels of ad-skipping and notification-clearing until you have the opportunity to play without. That's just bad design. 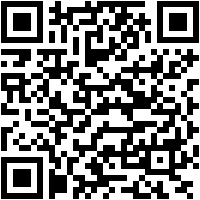 [New App] AmazonFresh Makes It Easy To Buy Groceries And Have Them Delivered... As Long As You ...