If you're anything like me, you keep a shortlist of your favorite apps on your homescreen for quick access, but apps that fall into the favorite category change fairly often. At that point, you have to reevaluate which apps qualify as homescreen material, remove the ones that do not, and replace them with a more applicable selection. Wouldn't it be nice to have a widget that automates this process for you, keeping your most used applications on the homescreen at all times? 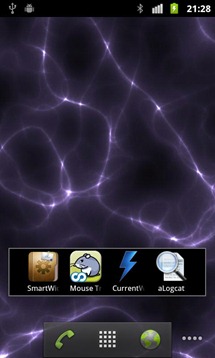 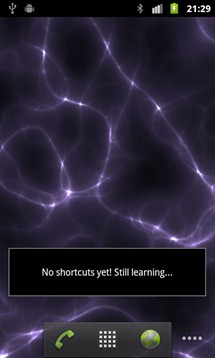 Thanks to XDA member rm9, that dream has now been realized with SmartWidget. Its purpose is simple: it monitors your app launching activity and keeps the four most-launched apps readily available at all times. It really lives up to the smart part of its name also: if you already have a specific icon on your homescreen, it won't be included in the list. For example, if you use Gmail often, then you probably have a static icon on your homescreen at all times; Smartwidget will recognize this, and ensure that Gmail never shows up in its list.

SmartWidget is a free download from the Android Market, and you can grab it by hitting the widget below; you can also find the XDA support thread here.

[New Game Review] Save Toshi: A Cute Puzzler That Comes On Too Strong