Mech games are popular for a few reasons: everyone loves giant robots, and blowing things up while crushing the little guy underneath your armored boot can definitely be a satisfying sensation.

Today we have two games that are definitely worth your attention if you've enjoyed mech games in the past. More importantly, they're two different flavours of mech games: there's Death Cop for those of you who love the American-style Mechwarrior franchise, and for those who loved the fast-paced, anime style of Virtua ON or Zone of the Enders we have Destroy Gunners. Both are free on the Android market.

Awesome title aside, Death Cop delivers a sweet military-themed mech game, where you are given the choice between three robots with different attributes (balanced, speedy, or beefy) to run through a number of missions. You're part of an Earth Defense Force-type organization that is hell-bent on saving the world from monsters like gun-toting mutants or suicide-bombing spiders.

Controls are handled through two joysticks, similar to Age of Zombies: one moves you and another shoots your guns. Killing enemies and picking up items gives you experience, which unlocks different guns and gear.

This game looks to be all about customization, and plays a bit slower than you'd expect: the mechs are a bit plodding, but they hit like trucks.

Destroy Gunners, on the other hand, plays a lot like a Gundam cartoon. The robot you pilot is agile, speedy, and performs much like a human. You're given a large amount of weapons right from the start, and play in a third-person perspective, instead of a top-down.

Controls are handled a bit differently from Death Cop: instead of an online joystick, a lot of the aiming is done by touch. You still move about by using a virtual keyboard, but tapping on enemies will shoot your chosen weapon at them. This actually works really well in the game's frantic environment, as enemies are plentiful.

The game plays like an arcade game, as the modes are more focused on score attacks and time trials than focusing on a story. This game is surprisingly responsive for the speed at which it plays, but the customization aspects are a little lacking, especially in comparison to Death Cop. However, hardcore mech fans will find something to enjoy about both these games: since they're both free, there's no reason not to check them out. 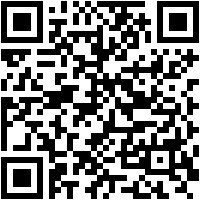