Fans of the classic game Battle Realms have a real treat coming sometime next year (I know, that's still a while from now, but good things come to those who wait), as Liquid Entertainment is bringing a version of the game to Android. It's not the same style of Battle Realms that you fell in love with years ago, however - it's going to be a collectible card style game set in the traditional Battle Realms world. The devs sent us some concept art, and I must say, it looks pretty sick. 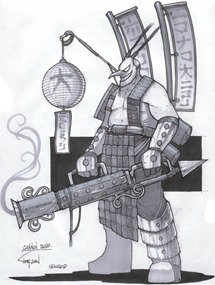 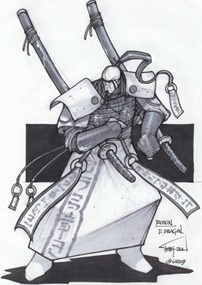 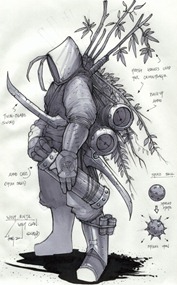 If card-based games aren't really your thing, then you may want to keep your eyes on Liquid once this game is released, as the dev dropped us a little hint that a full real-time strategy version would be in the works once the current version is complete and hits the Market.

PASADENA, Calif. – July 20, 2011 – Liquid Entertainment, the studio behind Dungeons &Dragons: Dragonshard for the PC and the upcoming Dungeons & Dragons: Heroes of Neverwinter for Facebook, will develop and publish mobile games starting with a collectible card game based on the studio’s beloved real-time strategy game, Battle Realms. The game will be out for iOS and Android devices in 2012.

Battle Realms on mobile devices marks Liquid’s transition from a console/PC developer to a mobile developer and publisher, signaling a new direction for the 12-year old studio. An independent developer at heart, Liquid will use its expertise in creating new IPs with a hardcore sensibility to give mobile gamers the intense, fulfilling gameplay modern smartphones and tablets can offer.

“Maturing mobile platforms like iOS and Android allow us, for the first time, to translate the Battle Realms universe into an addictive, unforgettable card game you can enjoy anywhere, anytime,” says Ed Del Castillo, President, Liquid Entertainment. “It’s been an undying dream of mine to allow gamers to gather socially and play games together again, and the technology is finally here to make that possible.”

In the original Battle Realms, launched exclusively on PC in 2001, four Clans (Dragon, Serpent, Wolf, Lotus) dispute a small piece of land broken off of a much larger continent. The game was a labor of love for Liquid and resulted in one of the richest worlds the company has ever built. The forward-looking design made it easy for gamers to come up with new strategies, like training Peasants to become Soldiers or actively exploiting the environment to their Clan’s advantage. The Living World feature, for example, allowed for boundless experimentation – and new tactics are being discovered to this day.

Many of the core gameplay principles behind Battle Realms are a natural fit to the card game format, including:

Peasants became Soldiers and Soldiers cross-trained to become different or more elite versions of themselves. The idea that some units can be upgraded to a new class is a gameplay mechanic near-and-dear to Liquid.

In the PC game, fire would grow and spread on its own -- and it could only be put out by water, which could in turn be used to make rice grow faster. Boulders could be pushed downhill to smash towns harboring enemy soldiers. If players ran in the forest, birds would fly up from the trees. Wild horses roamed the land and could be captured and domesticated. The Battle Realms world was a living, breathing universe filled with believable elements -- a crucial trait that will certainly make an appearance in the new game.

Every unit in Battle Realms could get Battle Gear. A Peasant trained in the Archery Range would emerge an Archer, a great anti-personnel Soldier. When taken to the Fireworks Factory, the Archer would emerge a FireArcher. Fire arrows did very little damage to enemies but great damage to enemy buildings. And so forth. Every unit in the game had combinations that would give them new roles, a perfect match for the card game format.

“The new Battle Realms is the first in a full slate of products based on this very deep, engaging IP,” says Holly Newman, CEO, Liquid. “Starting with mobile is the best way to re-introduce the Battle Realms universe to a whole new generation of gamers.”