Before I begin, let's please drop the pretense. This is the internet and nobody knows who you are, so don't sit there and pretend that you don't miss Winnie the Pooh, because EVERYONE misses Winnie the Pooh!

You probably already know this, but a new Winnie the Pooh was just released in the States , so Disney has released an Android application to promote the film and delight your kids - and you - at the same time.

The application is more of a digital book than a game, but it incorporates puzzles as the story progresses, which you have to solve along the way. As you advance through the story, you need to collect honey pots and keep Pooh happy so that his tummy isn't rumbling too much. 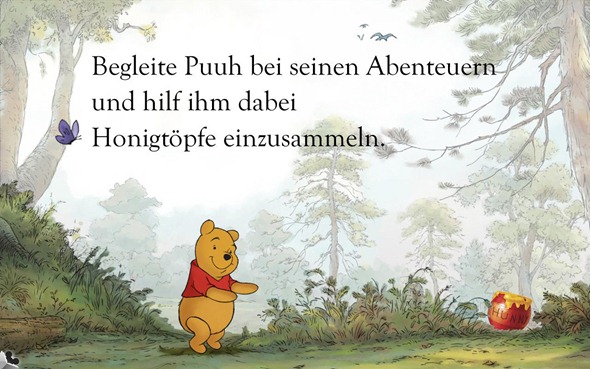 The puzzles are simple enough so that they can be fun and relatively easy for  young children to solve. You'll find things such as 6 piece jigsaw puzzles and color matching exercises throughout, but you don't have to complete the puzzles to read through the book, as the application has three reading models which can read to you, playback your recording of the book and auto turn the pages. 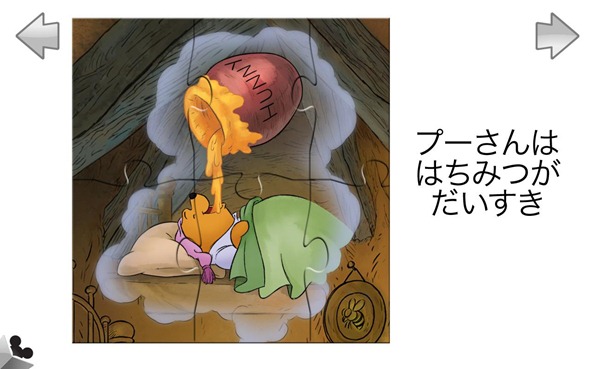 With it's rich illustrations, Winnie the Pooh background music and professional narration, this app is bound to appeal to young children, so it's well worth the $2.99 asking price, even if the iOS version of the app is available for half the price. Just remember that a bear, however hard he tries, grows tubby without exercise, so get your kids playing on this to keep Pooh looking nice and the kids entertained.