It is difficult to look twice at a navigation app when Google Maps and Navigation comes pre-installed on every Android device. Indeed it is even more difficult to pay for an alternative navigation app unless it offers a compelling feature. However, it appears that Wikitude (known for its popular Augmented Reality Browser) has hit upon a novel and useful feature that may just tempt users in the United States to cough up for a paid navigation app.

Wikitude Drive is the world's first mobile augmented reality navigation system which uses your device's camera to show you the road as you drive through it. The augmented reality cam view overlays addition information including turn-by-turn directions and other landmarks. Hence, there is no need to take your eyes of the road as the "road" is visible on your mobile device. But, at night and at complicated intersections it is also possible to switch to a 3D view which offers a more traditional sat-nav interface.

In addition to the augmented reality feature, the app also offers all the traditional sat-nav features including full turn-by-turn directions, voice commands, 3D map view and a pedestrian mode to navigate to your destination after you have parked your car. The US version of the app costs €9.99 (about $14), but there is a free trial available.

Wikitude Drive has already been released in Canada, Mexico, and in a number of European countries including Germany, Austria, Italy, Spain, France, Switzerland, and Great Britain. Feedback for the Wikitude Drive apps in those other countries have not been overly favourable. While they do hold a 3 star rating on average, comments suggest that the app is buggy and prone to crashes. It is likely that such a 3D heavy app may not work very well on older phones.

While the app sounds great, there are undoubtedly going to be a number of issues. Firstly, having the camera and GPS running constantly is likely to consume more battery than a standard sat-nav. Secondly, safety is a major concern with sat-nav apps and more so in this case as it attempts to show the user the road as they are driving through it. Problems may arise should the camera freeze up. In fact I can envision an unfortunate situation where the user gets into an accident because of camera issues and then subsequently sues Wikitude for negligence. Finally, it is unclear whether having the road visible on your device is actually a benefit. 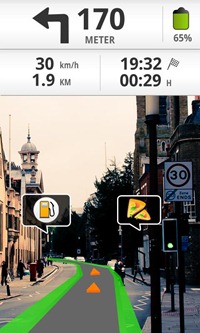 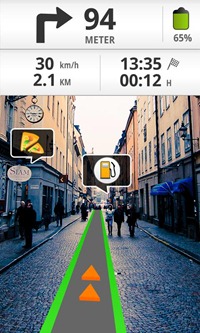 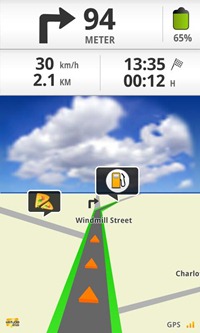 Winnie The Pooh Puzzle Book Released For Android, Wants You To Fix Pooh's Tummy With Honey