The "Anymode Smart Case" for the Samsung Galaxy Tab 10.1 has been pulled from the market by none other than Samsung itself, due to lack of proper "Designed for Samsung Mobile" certification on Anymode's part. The Smart Case bears a strong resemblance to the iPad 2's Smart Cover, which led to some pretty harsh criticism when it was first released, and probably to its current situation as well. It's worth noting that while the Anymode case may look like Apple's Smart Cover, it doesn't offer the same functionality (i.e. sleep mode, etc). 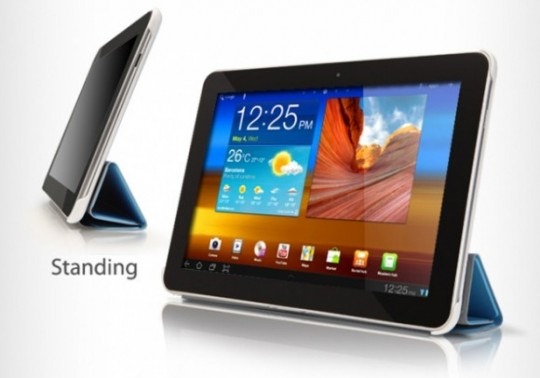 Samsung had this to say about the case:

As a general practice, Samsung Electronics reviews and approves all accessories produced by partners before they are given the “Designed for Samsung Mobile” mark. In this case, approval was not given to Anymode for the accessory to feature this official designation. We are working with Anymode to address this oversight and the product has already been removed from the Anymode sales website. The product has not been sold.

This could mean that eventually we may see this case re-released with proper certification, but somehow I just don't see that happening. Of course, that's just my opinion, and only time will tell.