This is probably the best deal I've seen thus far on any Honeycomb tablet: starting this Sunday, July 17th, you'll be able to pick up the Acer Iconia Tab A500 from Target for $400 and get a $50 Target gift card to go along with it, effectively making the price $350. The Iconia A500 sports the standard specs that we've become accustomed to seeing out of Honeycomb tablets:

Update: The deal is live - check it out in the Target weekly ad online! 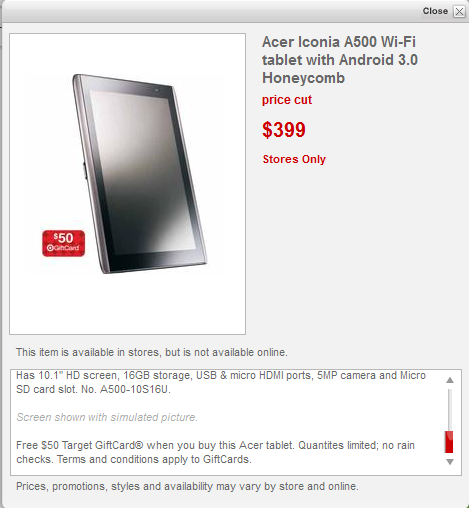 Update: Here's the ad itself: 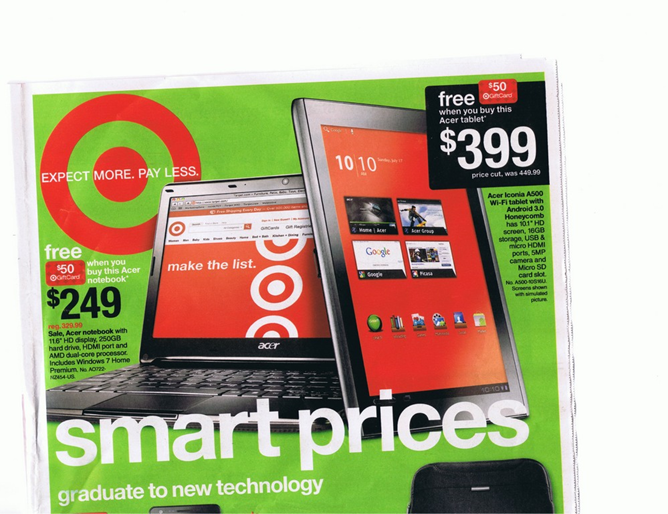 If you've been waiting for the opportune moment to jump on a Honeycomb tablet, it doesn't get much better than this. If you plan on taking advantage of this deal, you better hit the store early, though, because once they're sold out, that's it!