It looks like owners of the Samsung Galaxy Tab 10.1 are facing yet another display issue: Newton's rings. According to Wikipedia, Newton's rings is an "interference pattern caused by the reflection of light between two surfaces;" but how does this apply to the Galaxy Tab, you ask? Imagine what motor oil looks like when combined with water, now place that under the screen of your Tab 10.1. 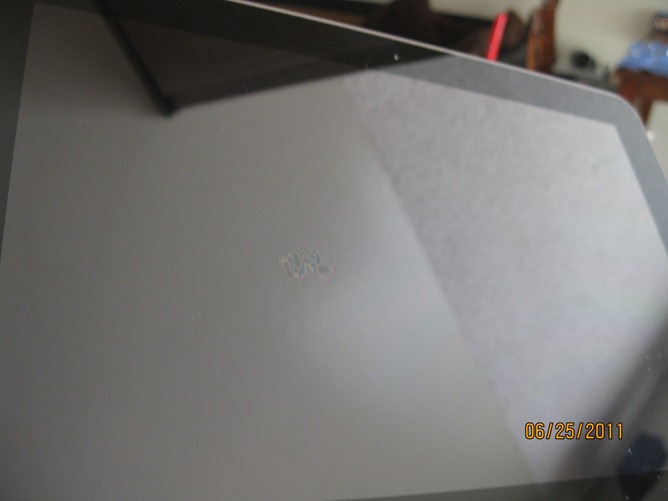 Image by wesbalmer of XDA Forums

That's what a whole slew of users over at XDA are dealing with at this very moment. The thread is currently up to eleven pages, and basically every single post is an affirmation of this issue. The root of the problem seems to be due to heat - or the glass expanding in heat, rather - as it has been "fixed" in most instances by placing the Tab 10.1 in the refrigerator for a brief amount of time (usually between 10 and 30 minutes). Some users are reporting that the issue has not returned after the "fridge fix," whereas others say that it comes back within hours.

Similarly, the issue doesn't seem to be as visible to some as it is to others; it's manifesting in various sizes, shapes, and areas of the screen. For some, it's only visible while the screen is off and in direct (sun)light, while its visibility is much more dramatic in other instances.

Overall, the only common variable is heat, as some users see this anomaly straight out of the box, while others aren't experiencing it for one-to-two weeks post-purchase.

While we're not sure how an issue like this made it passed Sammy's quality assurance crew, we do want to find out from the masses: are you experiencing this issue at all? Hit the poll below and feel free to fill us in with the details (model, color, length of ownership) in the comments.