Nearly a month ago a Gingerbread build for the Samsung Epic 4G leaked, and if Sprint's website is any indication (and it is), the finalized update may be nearly ready to go. The official product listing for the Epic now says the device ships with Android 2.3 - a pretty strong suggestion indeed, and not likely to be a typo. 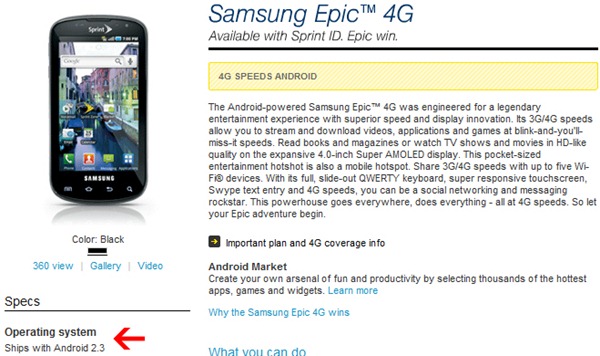 We don't have any indication of when, but given Sprint and Samsung's history on updates, anything we did hear - even if official - would probably get pushed back anyway. With that in mind, let's just hope it's soon, but don't get your hopes too high, eh?