If you think the $450 Staples sale on the Wi-Fi version of the 32GB Motorola XOOM Honeycomb tablet that we covered earlier this month was a good deal, prepare for even better news. Woot.com, a popular deals site that puts one product up for sale per day, is selling none other than the 32GB version of the XOOM today for only $399.99 + $5 shipping. 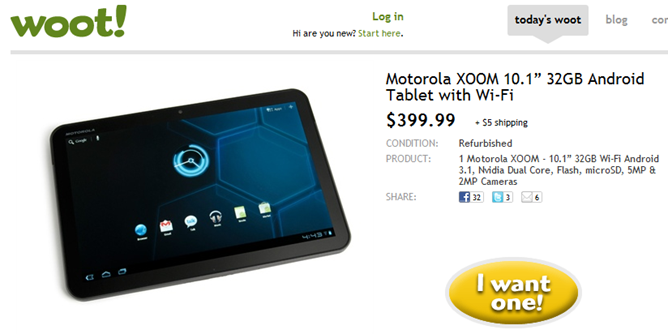 There is only one caveat - the tablet is refurbished, but considering that most of them were probably returned items that went through a series of tests to make sure they're in good condition, I wouldn't stress too much. If anything, hopefully the included 1-year warranty from Motorola will put you at ease.

[Poll] How Long Have You Been An Android Owner?