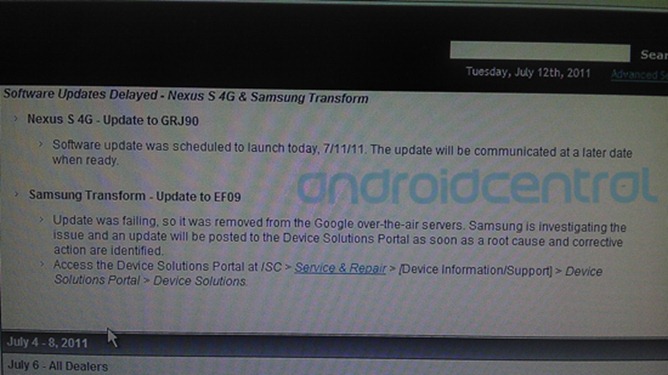 Not great news, but hopefully Sprint and Samsung will be able to address the issues soon and reinstate the updates quickly.