I've been using Evernote for quite a while now, and while I really like it, there are things that I've found myself wishing it had. It's almost as if the Evernote team read my mind, because they have incorporated all of the features that I frequently use on the desktop version to the mobile version, including rich text formatting, bullet points, lists, and checkboxes, making the overall experience much more akin to that of the desktop. The update also brings a new, large sized widget for your homescreen, which displays snippets of recently accessed notes alongside the features of the existing widget. 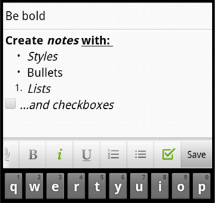 What's even better, though, is that this update also brings full Honeycomb support - and I will say this: Evernote on Honeycomb is amazing. I've been using the beta for the last several weeks, and would go as far as to say that I like it better than the desktop version. The interface is so clean and intuitive - not only is it simple to use, but it's a really great experience overall. 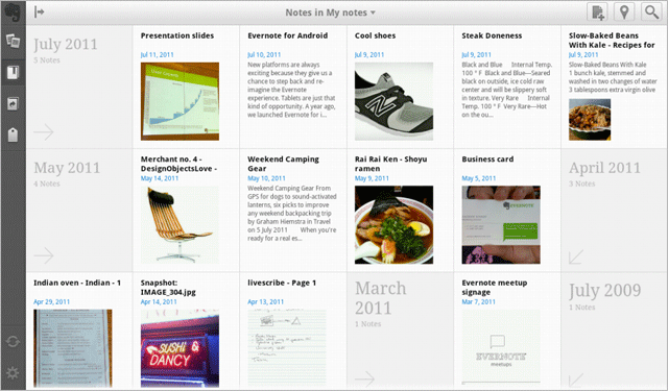 The Honeycomb interface is laid out more like a calendar, with a narrow sidebar on the left side for quick access to notebook, all notes, tags, and shared notebooks, with a bar along the top that offers quick links to create a new note, map view, and search your notes. Creating a new note is simple, and it's exactly what you would want from a note-taking app: an extremely clean interface with rich text input.

The updated note view is incredibly useful, as well. Once you open a note, it opens in the main window and all subsequent notes load in the sidebar, which makes navigating through your notes quick and painless. 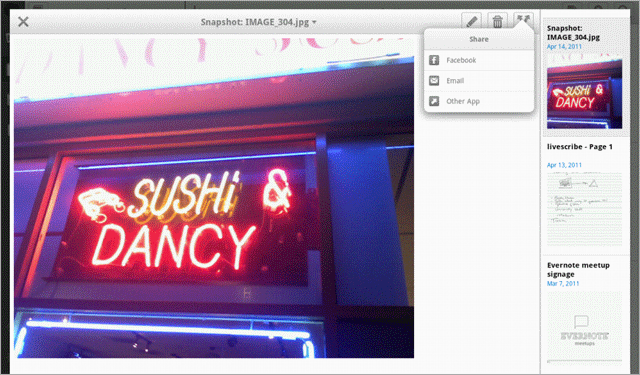 All-in-all, this update is a must-have not only for tablet owners, but for all Android owners, especially if you already use Evernote on the desktop. Hit the widget below to grab it.