Update: If you're not into the idea of dropping $379 on this, then you can per-order it from Costco for $50 less ($329). Similarly, Amazon has the pre-order priced at $350, which is still a bit cheaper than ordering direct from Vizio.

If you've been counting down the days until Vizio releases its 8-inch Android-powered tablet, then you can breath a sigh of relief, as pre-orders are now live. The tablet itself is $379, but you can drop $20 extra and get a 16GB SD card and folio style case to go along with it. Here is a quick look at the specs:

Although this tablet is sans-Honeycomb, it may still be worth the money for those of you who have a Vizio Google TV, as it's designed to accompany said device. It works as a large, expensive remote control, allowing you to send apps and other media directly to the TV. 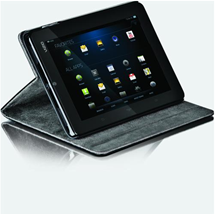 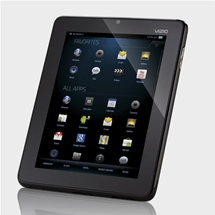 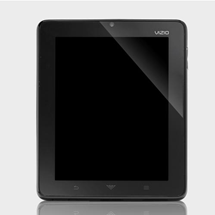 The homescreen is not exactly what we, as Android owners, have become accustomed to seeing, either. Instead of the typical multiple homescreens with widgets and a launcher, the Vizio tablet has a much simpler interface, with all installed apps showing on one screen, and that's it.

The tablet is expected to ship on July 18th, with retail availability arriving one week later (July 25th). If you're ready to secure one of these for your future, you can find the pre-order form at Vizio's website.