Space. The final frontier. If you're reading this, there's a good chance you're a nerd of some kind. I know for a fact that there are a lot of nerds that love space, and NASA has decided to indulge us with an app that brings all the information we'd want to know to one place.

NASA's app has a remarkably simple function: give you access to a ton of media that the organization has to offer. Through its menus you'll find links to Twitter feeds, photographs of the day, articles describing space missions, and even live video feeds. The videos deserve special mention, as they give you a full TV schedule of when things are set to air, and give you two different feeds to watch them from on your phone.

As a Canadian, I'm used to looking at these video feeds and getting a big fat "this is not available in your country" message when I try to load them up. However, I can say with great joy that these video feeds work internationally; their audio is a bit behind, but I think that's a small thing to complain about. 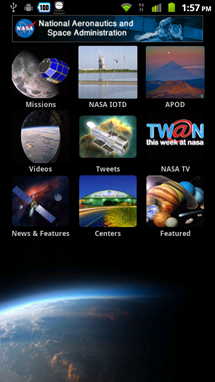 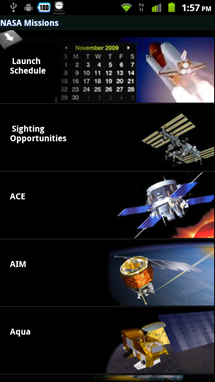 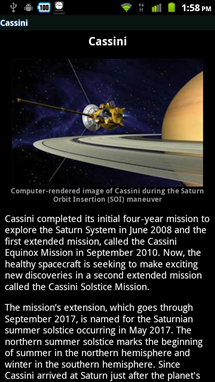 This app functions extremely well, pulling in different feeds of pictures and Twitter profiles to give you the full NASA experience; as you can see above, things are laid out quite basically, in many cases using the default Android font and formatting. While I can say that this isn't exactly a detriment, it isn't the best thing in the world, either - if an app is going to represent a brand like NASA, I'd rather it have some polish behind it, as opposed to a very "default" feel.

While the stock experience does bear the advantage of being smooth, the app really feels like they threw it to someone who was just learning the language, or didn't give the developer the license to actually be creative. 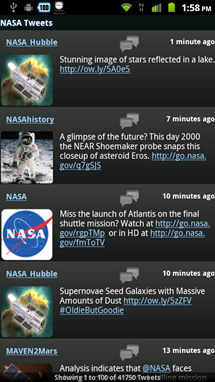 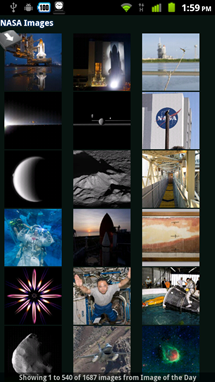 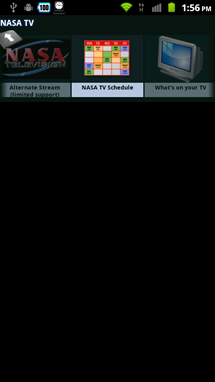 And really, that's something I'd like to see in my apps: creativity. However, if you're looking for something to give you your fix for space without frills, this app is for you. 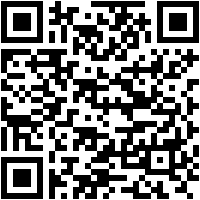 [Rumor] Samsung Epic 4G To Get Gingerbread At The End Of July?