Second only to Google Voice Search in terms of popularity on Android, Vlingo received a major update today. What's new? The entire UI has been streamlined into a much more intuitive list format that makes learning Vlingo's various voice command capabilities, or quickly accessing them, a breeze.

You can send text messages, make phone calls, find places, open apps, get directions, buy movie tickets, and more. Vlingo also includes a handy InCar mode, which you can set to activate automatically whenever your phone connects to a Bluetooth headset. 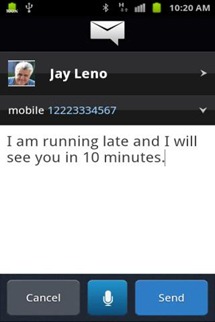 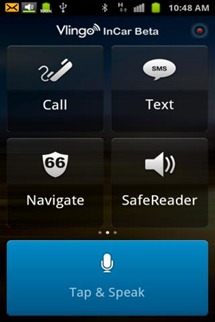 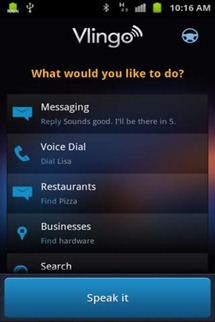 The Vlingo team has also improved local search and messaging capabilities, two of Google Voice Search's big strengths. And, of course, Vlingo remains free. There's a pile of features that I haven't even talked about here, so do yourself a favor and check it out. You can get it on the Market now.