Ultra-popular iOS game Fieldrunners HD is finally making its way to Android as of tomorrow. The best part? It will be free in the Amazon Appstore for the first 24 hours - after that, the price will jump to $2.99. If you don't have access to the Amazon Appstore, fret not, as it will also be in the Android Market for the discounted price of $0.99 for the first 24 hours (it can't be free in the Android Market because once an app is listed as free, it remains such for the rest of its lifecycle).

Update 7/7/11: Like clockwork, both the Amazon link (free for today) and the Android Market link ($0.99 for today - use the widget towards the bottom of the page) are now up!

Fieldrunners HD is a new take on tower defense, offering rich environments and seemingly much faster gameplay, with a gaggle of awesome weapons and equally destructive enemies. Everything from air strikes to ground attacks, this game covers all the bases. Have a look at these screenshots from the iOS version:

For more info, included a video of actual gameplay, head over the the official Fieldrunners website. 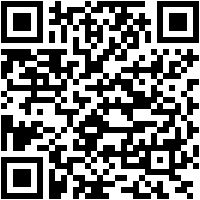 We Sit Down With The Head Of The Amazon Appstore And Talk Refunds, Reviews, Device Filtering, ...

And The Three Winners Of The Android Police Book Giveaway #3 Are...