Age of Wind 2 indulges the side of us that would like to go off with Captain Jack Sparrow and look to make our own fortune. After an opening "story" sequence where you're tossed overboard from an exceptional ship, you're left to start with your own crew and a smaller vessel, hopefully to achieve success.

Age of Wind 2 plays a lot like one of my favourite titles, Sid Meier's Pirates!. In that title, you would take on the role of a budding young pirate, patrolling the Caribbean and plundering how you'd like. The game was great because it was a sandbox game with a great premise: you could choose national allegiance and help them gain dominance over the Spanish Main, or just wreck everyone.

Age of Wind 2 is obviously a bit pared down, as the politics system of "Pirates!" isn't present here. However, a number of similar mechanics do make an appearance here, like economies that fluctuate based on where you are in the world.

While visiting ports, you have the opportunity to trade goods, upgrade your ship, or buy a new one. Upgrades are based on a "star" system, where improving certain parts of your ship gives it more efficiency. Docking also gives you the chance to repair your ship, but from what I've seen, it's kind of costly.

Combat is achieved by sailing close to an enemy vessel; this is kind of frustrating, as there are times I would much rather run or pass by a threatening ship before it has "seen" me and decides to fight. Because the camera's locked into a different style (in order to accommodate combat) it's very difficult to see where you're trying to run.

However, when you do want to fight, the controls are actually quite decent - as long as you turn on the on-screen controls in "options" beforehand. I find that when developers try to make the main function of their game based on tilt controls, it either turns out to be very frustrating or surprisingly intuitive: this game falls into the latter category, as it shows the real difficulty of sailing a ship.

Activating the on-screen steering wheel eliminates much of the frustration that comes with trying to turn by tilting, and makes it much easier to end fights without becoming terribly damaged. The game encourages you to avoid shots as opposed to taking them: this is definitely smart, as repairs are costly and early ships don't have the greatest amount of health.

You have an unlimited amount of ammunition for your cannons, which I can say takes some strategy out of fighting, but is a simplified move for a mobile game. Killing enemy ships gives you a number of drops, like crates of supplies (which you can sell), health pickups or barrels of rum, which fuel your special shots.

These one-use ammunition variants include flaming shots and cannon balls held together by chains, which tear enemies' sails and slows them down. While enemy ships have health bars as indicators of how much you've damaged them, I would have liked something a little more deep, like visible wreckage in the water.

The game looks beautiful, as ships and water are rendered quite gracefully. While it might be a bit much to ask for fully-rendered cutscenes, the addition of drawn scenes on parchment does the job well enough.

The camera, again, serves to hamper things a little bit by being a bit too angled for my tastes: about half of your screen real estate is taken up by sky. While this looks great, the angle makes it a bit difficult to differentiate things on the horizon, and eliminates a large part of what's behind you, as well. While it's better than always being stuck in the combat view (which gives you a whole lot more water), I'd like to be able to have a little more awareness.

I can honestly recommend Age of Wind 2 because it pulls of a premise that could have been screwed up immensely. The game is actually quite playable, and looks to give you a decent playground in which to flex your pirate skills. The controls and camera may take some getting used to, but this game is the closest thing you will have to pirate freedom on your phone. 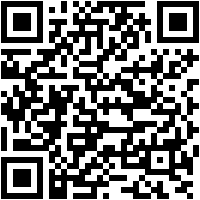 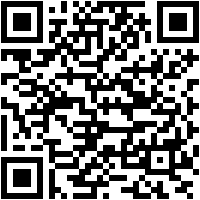