Exactly one week ago we told you that Words With Friends dropped Honeycomb support. At the time, there was little explanation as to what happened (even Zynga support staff was completely clueless), but things are starting to make a bit more sense now (albeit not much).

Zynga pushed an update to Words With Friends today that brought something new to the table: full Honeycomb support. I'm still not entirely sure why they decided to drop Honeycomb support for one week - but it doesn't really matter now, as WWF is now fully playable on your Android-powered tablet. 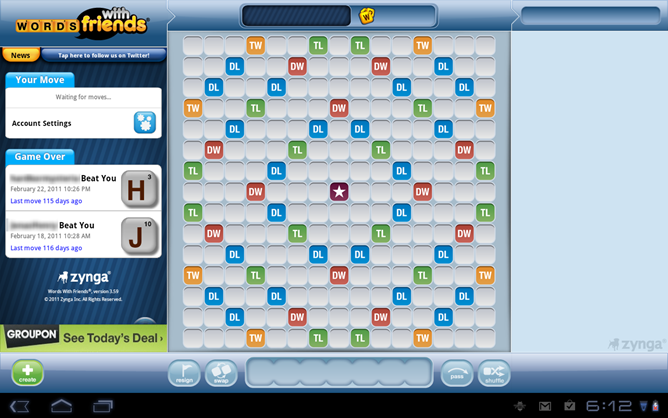 Ignore those two losses on the side - I forgot I was playing and lost by default. I swear!

At the time of writing this, the Web Market hasn't been updated, but you should be able to pull the update directly from your device. Quick Tip: Want To Search Using The Android Market App? Save Precious Seconds And Press The ...